Newman's first night in the booth will be Opening Night of the 2019 campaign. The Sox will start their season on the road against the Wilmington Blue Rocks on April 4th at 6:35 PM. 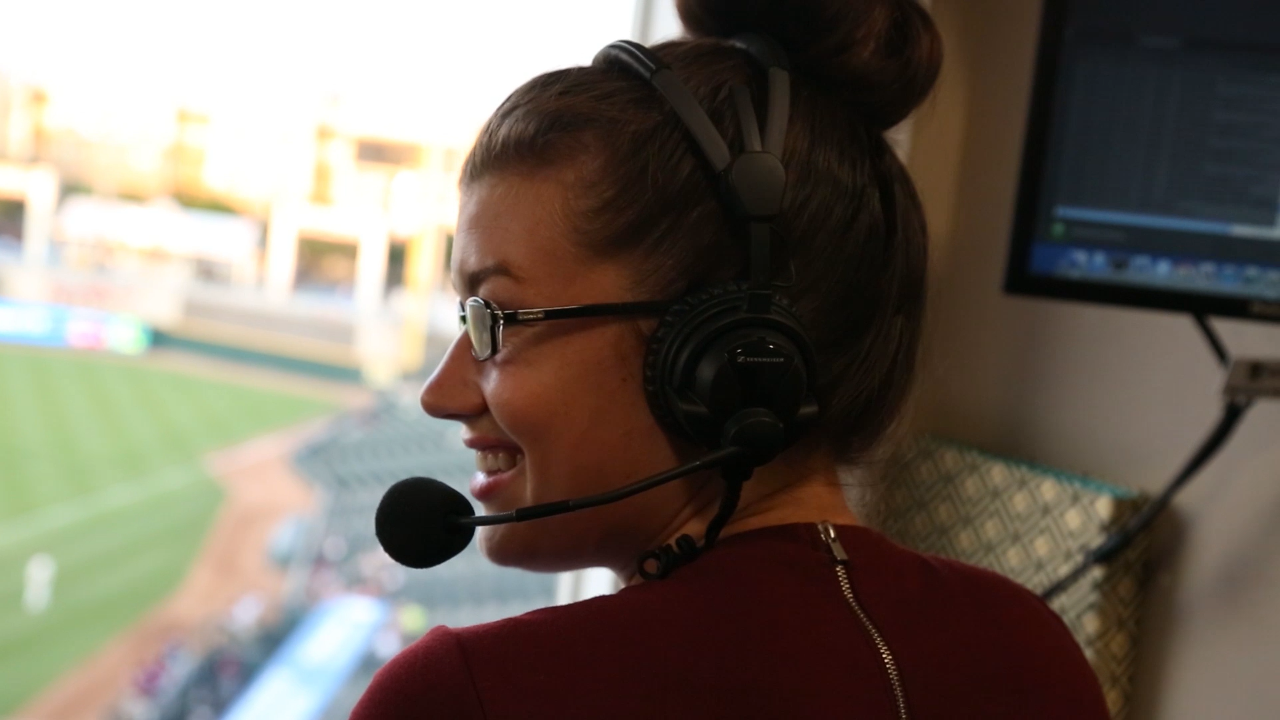 Newman comes to Salem with over a decade of work in baseball, including last season as a broadcaster for the Frisco RoughRiders.

"Melanie's experience is going to be an amazing addition to our broadcasts this year," said Salem Red Sox President and General Manager C. Ryan Shelton. "Her knowledge and extensive background in the game; is going to provide an insight for our fans, that is going to be so different from what they have heard in the past. She and Suzie are going to take this historical moment for the game of baseball, and make this season one to remember for the organization."

In Frisco, Melanie worked as a multi-platform broadcaster, serving as the number-two play-by-play announcer, sideline reporter for games aired on FOX Sports Southwest, and The Ticket Dallas. She was also a contributor for FOX's Riders Insider and digital host for the RoughRiders including Choctaw Chats which aired from within the team's lazy river. Melanie actively occupies several other roles. Those roles include statistics through Major League Advanced Media, broadcasting for the ACC Network, GameDay Radio, World Axe Throwing Championships, and hosting for Troy University.

"I'm so beyond thrilled to be joining Salem for numerous reasons," said Newman. "The timing could not have been more perfect; the ability to finally work with Suzie, after bonding over social media, the way most of us women in sports have, makes everything come full circle. The cherry on top is working in the farm system of the team that my family is rooted in. I can't wait to start sharing Salem's stories with its fans."

Previous stops for Newman include two years covering the Big South Conference, three seasons covering the Arizona Fall League, a year at WKSY-TV, a season and a half with the Mobile BayBears as a broadcaster, and host, and four seasons covering the Atlantic Sun Conference. As a student at Troy University, Melanie was active in the sports information department as well as the student broadcast network. She was both broadcasting and working behind the scenes with all Troy's Division-I sports. She served as president of the National Broadcast Society, Alpha Epsilon Rho, and was named Troy's Most Outstanding Woman. In her free time, Melanie loves spending time in the gym, reading, painting, and traveling. Her offseasons in Atlanta include substitute teaching, bartending, and occasionally serving as a movie extra.

The tandem of Newman and Cool accounts for nearly half of the women broadcasting in Minor League Baseball or eight women in all of professional baseball. Kirsten Karbach has moved up to the Reading Fightin Phils, Philadelphia's AA affiliate, after six seasons with their advanced-A in Clearwater. Emma Tiedemann returns for her second season with the Lexington Legends, Kansas City's class-A affiliate. Jill Gearin has been named the newest broadcaster for the Visalia Rawhide, advanced-A affiliate of the Arizona Diamondbacks. The group accounts for the Eastern, South Atlantic, California, and Carolina leagues, with Karbach and Newman's past stints in the Florida, Southern, and Texas leagues. Melanie and Suzie's booth debut will mark the first all-female broadcast group in professional baseball.

"The addition of Melanie in Salem is one that you're going to want to keep your eye on all season," said Cool the Manager of Marketing and Promotions, On-Field Host, and Color Analyst on select broadcasts with the Sox. "When beginning the hiring process for a broadcaster back in October, I had a vision of an all-female broadcasting booth for the organization. When Melanie reached out; and said that she was interested in the position, I was completely sold due to her incredible talent, and level of experience within the world of baseball, and broadcasting. She was the candidate we couldn't pass up, and I could not be more excited to join her in the booth this upcoming season."

Fans will be able to catch Newman's call beginning Opening Day, when Salem travels to Wilmington on April 4, 2019; first pitch is scheduled for 6:35. Newman and Cool will debut together April 23, 2019, when the team travels to Potomac. All Red Sox games are broadcast on ESPN Roanoke (1240 AM) and ESPN Blacksburg (810 AM) as well as online at salemsox.com and the TuneIn App.