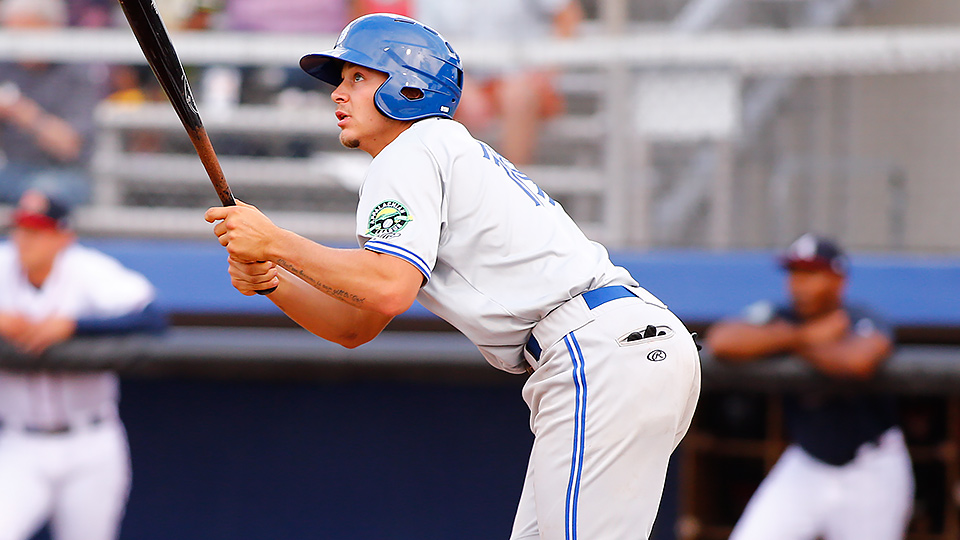 REDINGTON SHORES, Fla. -- The Appalachian League today announced its 2017 All-Star Team and yearly awards. The 13-member team includes representatives from seven of the league's 10 teams, including three players from both the Bluefield Blue Jays and Johnson City Cardinals.

The Bluefield Blue Jays swept player of the year honors, with Ryan Noda earning the Player of the Year crown and Randy Pondler being named Pitcher of the Year. Noda leads the Appalachian League in average (.378), on-base percentage (.514), slugging percentage (.606), OPS (1.120), total bases (117), and walks drawn (51). He is also tied for the league lead in hits with 73 and tied for third with 17 doubles; Noda has played in the most games (59) of any Appy League player this season. Toronto's 15th-round pick in the 2017 First-Year Player Draft, Noda was previously named Appalachian League Player of the Month for June.

Pondler, a left-handed pitcher signed by Toronto as a free agent in 2016 out of Laguna de Perlas, Nicaragua, earned Pitcher of the Year honors after leading the Appalachian League with a 2.15 ERA and 0.93 WHIP in 50 1/3 innings. He held opponents to a league-best .203 average and struck out 34 batters while allowing just 10 walks.

Pulaski's Luis Dorante was named Appalachian League Manager of the Year after guiding the Yankees to a 2017 playoff berth and a 38-22 record, currently the second-best mark in the league. Dorante began his coaching career in 1995 and has since managed at the Rookie, A, High-A, and Double-A levels of Minor League Baseball, in addition to two stints as a Major League bullpen coach (Marlins, 2005; Pirates, 2008-2010). Dorante's Yankees will meet the Bluefield Blue Jays in the first round of the 2017 Appalachian League Playoffs.

Kris Russell of the Princeton Rays was named Appalachian League Trainer of the Year, as announced by the Professional Baseball Athletic Trainers Society. Russell joined the Princeton staff this season after five seasons as the Montgomery Biscuits (Double-AA, Tampa Bay) athletic trainer. 2017 is his 14th season in professional baseball and 11th with the Rays.