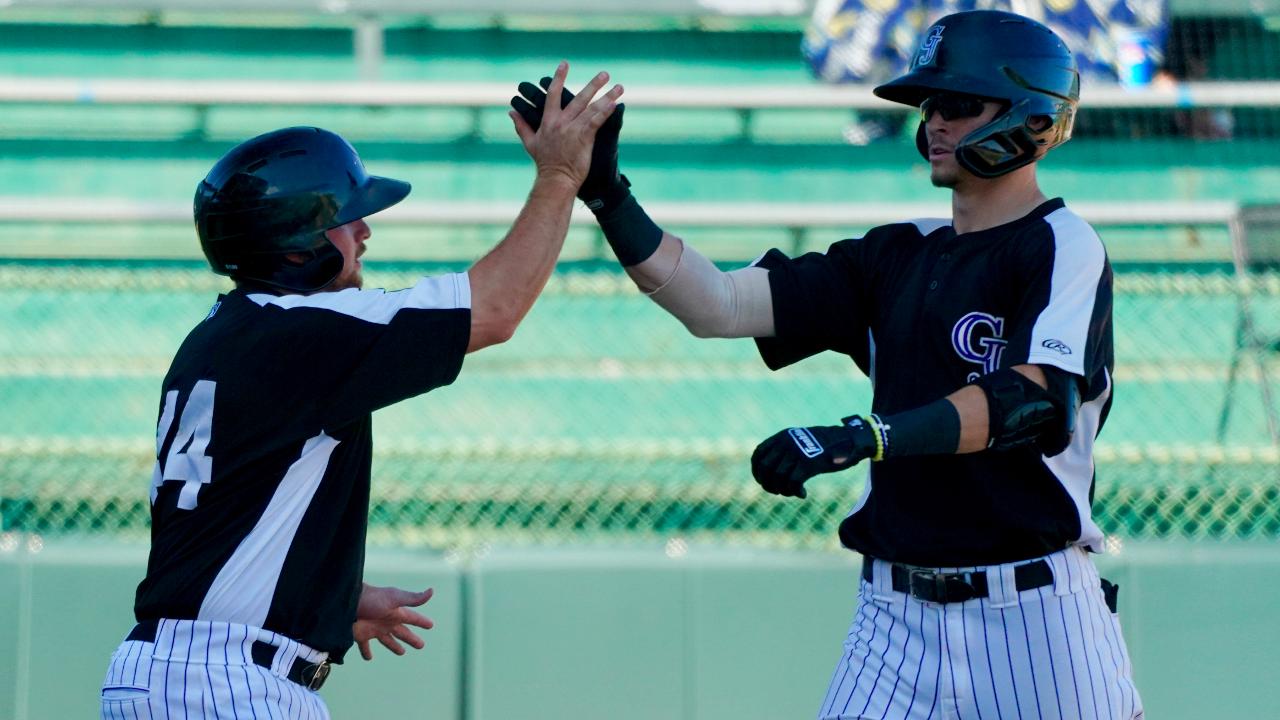 GJ concluded its season on Saturday with a high note as they ended their two-game slide and topped Rocky Mountain 7-6 at UCHealth Park.

For the third straight night, the Vibes took an early 2-0 lead thanks to Alex Hall's two-run double in the second that marked the only blemish on Andrew Quezada's season-high four-inning start.

While shutting out the Vibes through the middle innings, the Rox tied the game up at 2-2 in the fourth on RBI knocks from Julio Carreras and Brenton Doyle.

In the sixth, Junction roughed up Abner Uribe for four with a leadoff solo bomb from Bladimir Restituyo, his second of the year, and RBI from Doyle, Cristopher Navarro, and Owen Taylor that gave the visitors a 6-2 advantage.

Rocky Mountain tagged Keegan James for one in the seventh and Erick Julio for two in eighth to cut the deficit to 6-5 but on a sac-bunt and an error in the top of the ninth, Ronaiker Palma crossed home and netted Grand Junction an insurance run that helped nullify Luis Avalo's solo bomb off of Eric Hepple in the bottom of the ninth.

After two innings of scoreless work in relief of Quezada, Noah Gotsis earned his first win of the year while Uribe took the loss for the Vibes after 1.2 innings.

With the win, the Rockies finish the regular season campaign at 38-36 overall and 18-16 in the second half before taking on Ogden in Game One of the Pioneer League Southern Division Championship Series tomorrow at 6 p.m. at Suplizio Field.