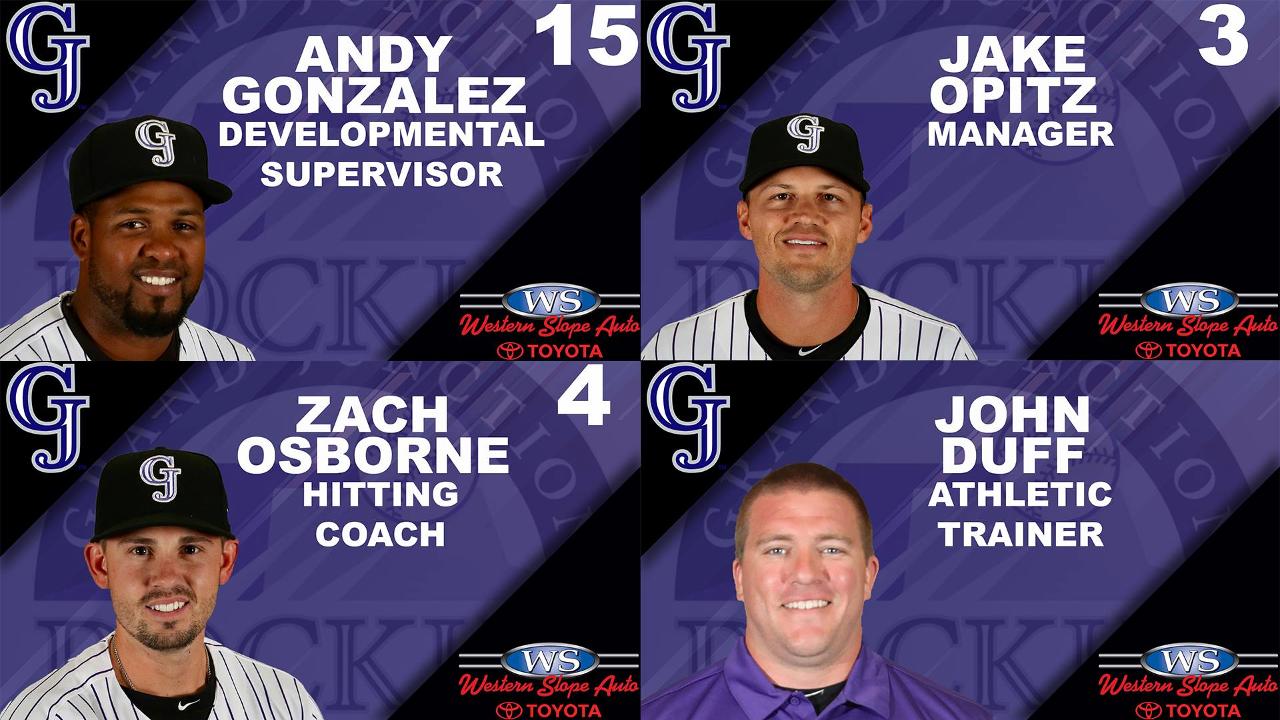 The Colorado Rockies have announced the Grand Junction Rockies coaching staff for the 2019 season. Jake Opitz will be returning to helm the team for his second season in Grand Junction. He will be joined by rookie level development supervisor Andy Gonzalez, hitting coach Zach Osborne, pitching coach Blaine Beatty, and trainer John Duff.

Opitz is entering his second season in Grand Junction and his third in the Colorado Rockies organization. He played for the University of Nebraska before being drafted by the Chicago Cubs in the 12th round of the 2008 draft. He played in the minors until 2012 and spent three seasons playing independent league baseball. He began his coaching career in 2016 as the hitting coach for the Southern Maryland Blue Crabs before joining the Hartford Yard Goats in 2017.

Gonzalez returns for his fifth season in the Rockies organization. Prior to joining Grand Junction in 2017, Gonzalez was with the Boise Hawks as the hitting coach in 2015 and manager in 2016. His playing career spanned 13 years including parts of three Major League seasons with the Chicago White Sox, Cleveland Indians, and Florida Marlins.

Osborne returns for his second season in Grand Junction. He played for the University of Tennessee before being signed by the Colorado Rockies in 2012. He played in the minors until 2016.

Beatty enters his first season with the Rockies. For the past 12 seasons, he has been a pitching coach in the Baltimore Orioles farm system with the Delmarva Shorebirds, Bowie Baysox, and Frederick Keys. His playing career spanned 11 years including parts of two Major League seasons with the New York Mets.

Duff returns for his seventh season with the Rockies.