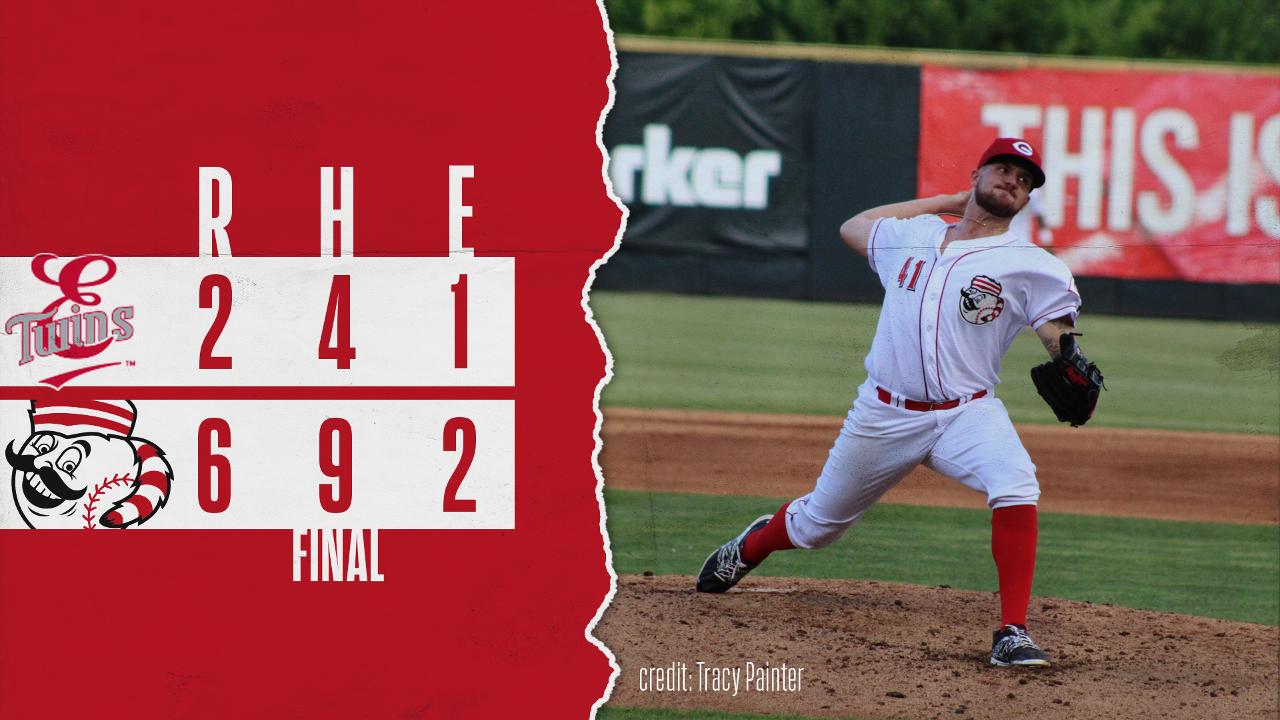 GREENEVILLE, TN - The Greeneville Reds (12-17) defeated the Elizabethton Twins (17-12) 6-2 Thursday night at Pioneer Park to even up the series. Tyler Callihan finished 3-for-4 with two doubles, an RBI, and a run scored in the win.

The Reds sent ten to the plate, and scored six times in the fifth. Mike Spooner drew a leadoff walk, Ivan Johnson singled, and RHP Andriu Marin (L, 1-2) hit Danny Lantigua to load the bases. After striking out Allan Cerda, Marin walked Garrett Wolforth to force in the first run. Callihan followed with a two-run single, scoring Johnson and Lantigua.

After Callihan's base hit, RHP Ryan Shreve replaced Marin. Carlos Reina welcomed him with an RBI-double to right field, scoring Wolforth. Callihan went first-to-third on the double. Both Callihan and Reina scored on Ranser Amador's two-run single to put Greeneville up 6-0.

Elizabethton scored both their runs in the seventh. Kidany Salva singled off Cooper with one-out, and moved to second on Ruben Santana's two-out single. Charlie Mack's RBI-single scored Salva from second. Santana scored from first on the play after Cerda's error in center field.

RHP Jake Gilbert hit one, walked one, and struck out the side in a scoreless eighth inning in his G-Reds debut. LHP Alec Byrd pitched a scoreless ninth with a strikeout.

Friday night at Pioneer Park is Firework Friday and Margaritaville Night. The first 500 fans through the gate will receive a free koozie courtesy of Terry-Terry Law Firm. There will also be a post-game band to go along with post game fireworks.