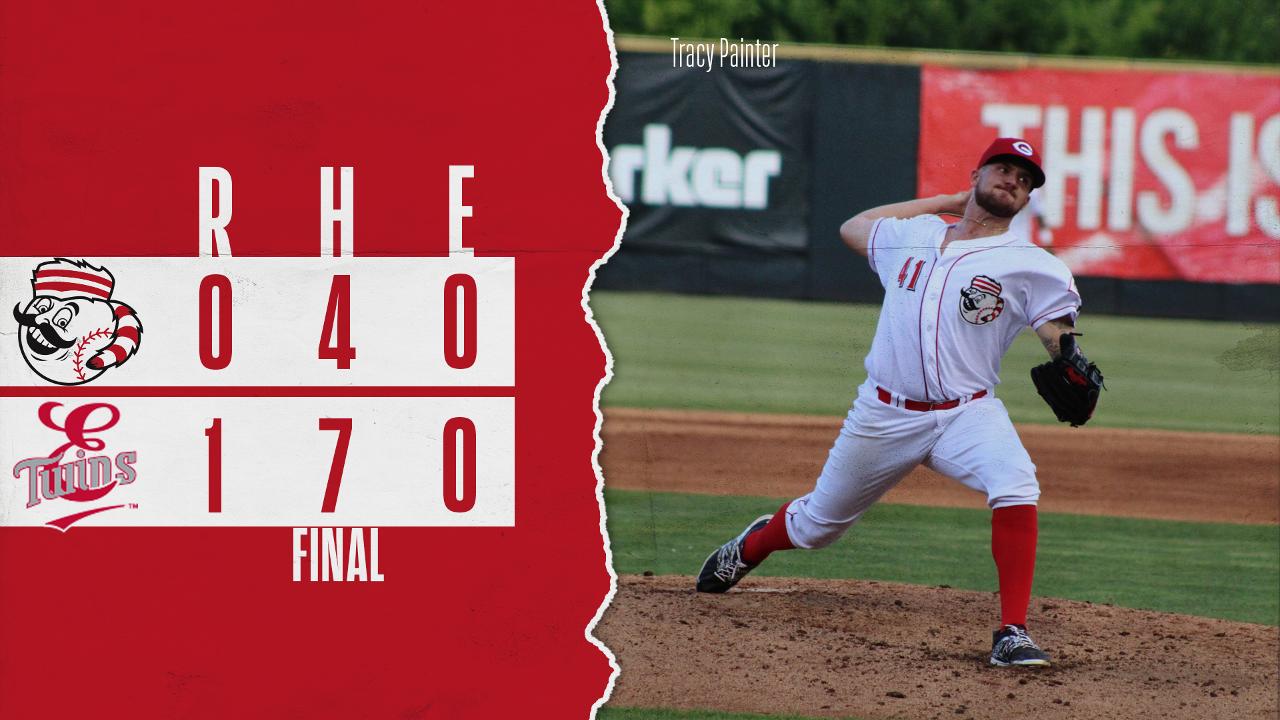 ELIZABETHTON, TN - The Greeneville Reds (25-40) were shutout Monday night by the Elizabethton Twins (32-33) 1-0 at Northeast Community Credit Union Ballpark. Greeneville has now been shutout in three of their last four games.

RHP Graham Ashcraft (L, 2-4) hit a batter and allowed just one hit through four scoreless innings before running into trouble in the fifth. The first two Twins singled in front of Janigson Villalobos, who drove in the games only run with an RBI-double. Ashcraft finished the night with seven strikeouts in six innings. He also allowed five hits, a run, and a walk.

The Reds will look to even up the series Tuesday night in Elizabethton, with first pitch scheduled for 6:30 PM. RHP Spencer Stockton (2-0, 1.06) will start for Greeneville.