Warren, Wolforth Each Drive In One In 11-2 Loss 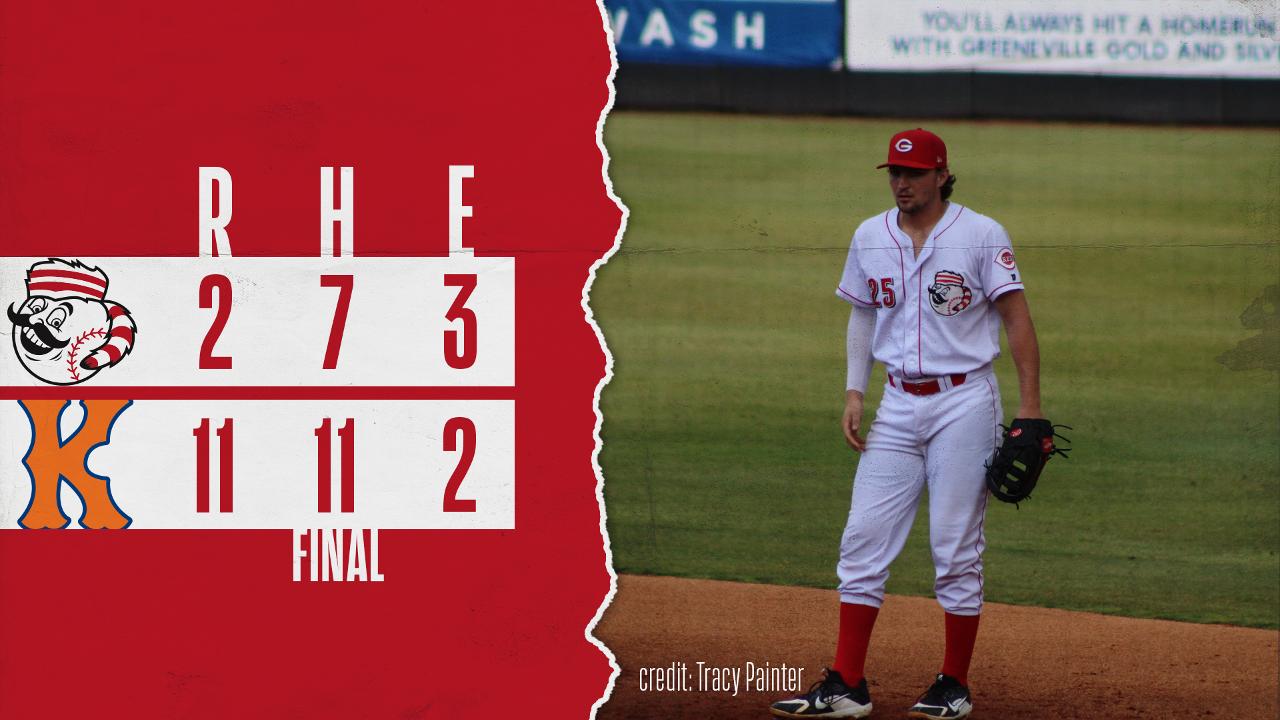 Greeneville and Kingsport exchanged first inning runs. In the top half, Danny Lantigua scored on Cameron Warren's RBI- single to start the scoring. Brett Baty's RBI-double in the bottom half, scoring Cole Kleszcz, tied the game.

Tyler Callihan reached on a two-out error in the sixth inning, stole second, and scored on Garrett Wolforth's RBI-single to cut the deficit to 4-2.

Kingsport sent eight to the plate and scored five times in the seventh. Espino and Jhoander Saez both reached on bunt singles off RHP Matt Gill to open the inning. Espino scored on Scott Ota's RBI-double. Gill walked Kleszcz to load the bases, then walked Baty to force in a run.

After the walk, LHP Jose Zorilla replaced Gill and inherited a bases loaded situation. Wilfred Astudillo hit a ground ball back to Zorilla, who fired home to get the force out. Luke Berryhill tried to throw Astudillo out at first, but threw the ball into right field, allowing two runs to score. Astudillo ended up at third, and scored on a ground out.

Kleszcz hit a two-out two-run single in the eighth to round out the scoring. LHP Jefferson Escorcha (W, 4-0) allowed an unearned run on four hits in three innings to earn his fourth win. Noriega took the loss, he allowed four runs on six hits and a walk in 3.2 innings with three strikeouts.

Wednesday night at Pioneer Park is All You Can Eat Wednesday. Fans can enjoy all you can eat hamburgers, hot dogs, nachos with cheese, chips, popcorn, ice cream sandwiches, and coke products for just $15.