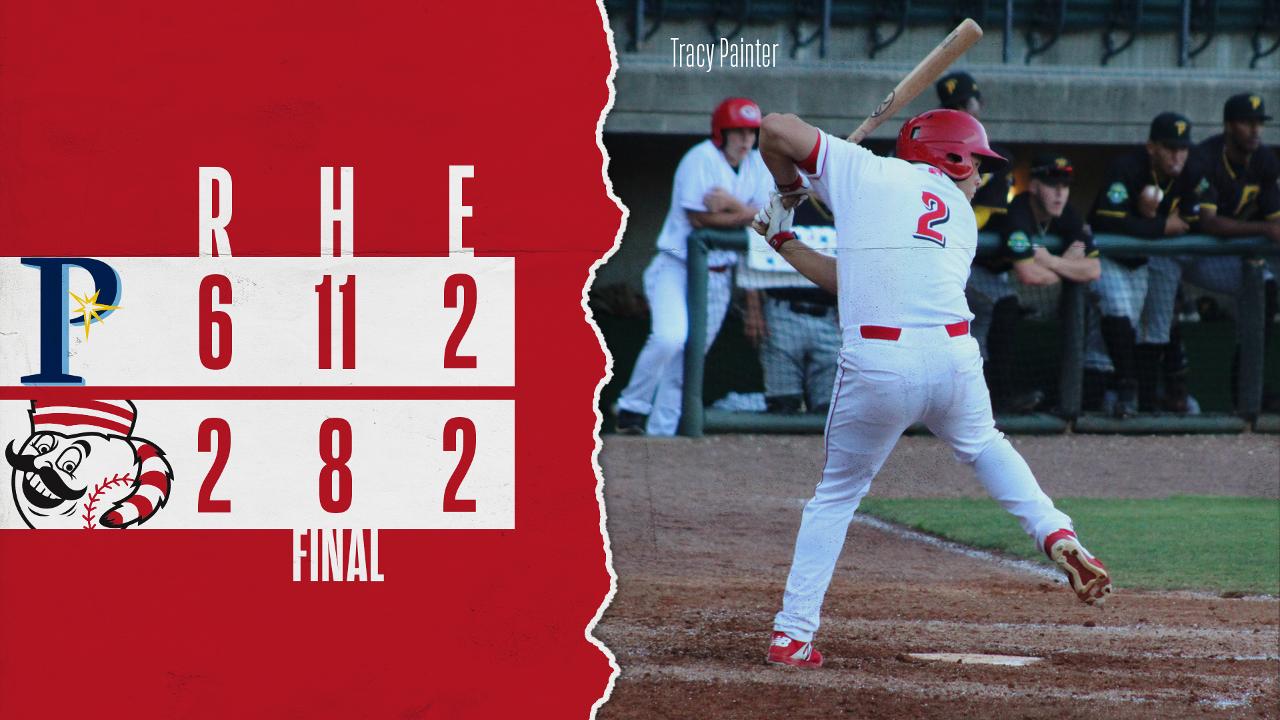 GREENEVILLE, TN - The Princeton Rays (31-34) defeated the Greeneville Reds (25-39) 6-2 Sunday night in the final game of the 2019 season at Pioneer Park. Tyler Callihan, Danny Lantigua, and Fidel Castro all finished with two hits in the loss.

Aldenis Sanchez hit a single off RHP Randy Wynne (L, 3-3) on the first pitch of the game, and scored the first run on Jake Guenther's two-out RBI-single. Diego Infante hit a two-run single in the third to extend Princeton's lead to 3-0.

The Reds scored both their runs in the bottom of the third. Danielito Remy reached on a dropped third strike, and moved to second on Ranser Amador's infield single. Both runners advanced two extra bases on the play because of Gionti Turner's throwing error, allowing Remy to score. Callihan's RBI-single on the next pitch scored Amador and cut the deficit to one.

After LHP Carter Bach recorded the first two outs in the eighth, Callihan singled. RHP Mitchell Walters (S, 2) came in and issued back-to-back walks to load the bases. Walters then got Lantigua to ground out to end the threat.

Princeton broke the game open with three in the ninth. Sanchez's RBI-single doubled the Rays lead. Three batters later, Guenther hit a two-run double to round out the scoring.

LHP Jose Lopez (W, 4-3) earned the win after allowing two runs (one earned) on five hits in six innings. Wynne took the loss, his third. He allowed three runs on eight hits and a walk in eight innings while striking out eight. Walters got the final four outs for his second save.

Greeneville heads to Northeast Community Credit Union Ballpark in Elizabethton for their final three games of the season. RHP Graham Ashcraft (2-3, 4.91) will start for the Reds Monday night, with first pitch scheduled for 6:30 PM.