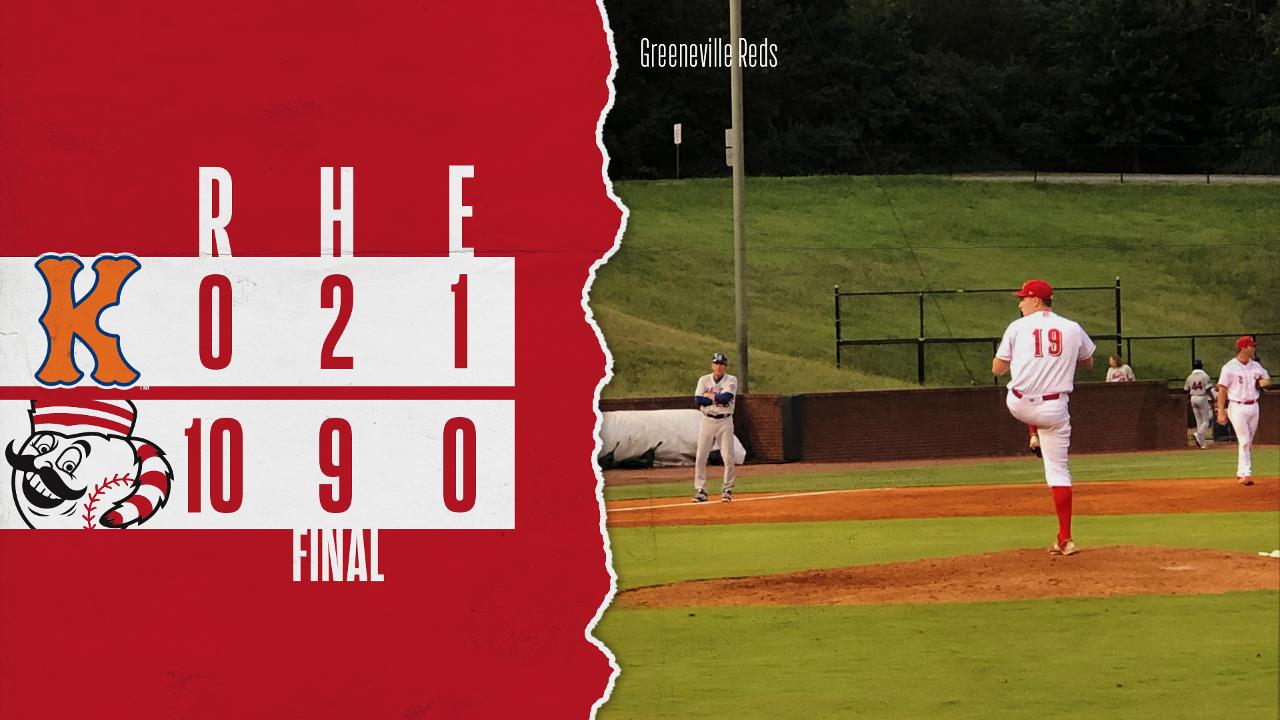 Stockton finished the night allowing just one hit through eight scoreless innings for his second win of the season. He also struck out nine and walked two.

Greeneville scored their 10 runs over the first four innings. Mike Spooner doubled to open up the first, moved to third on a sacrifice bunt, and scored on Garrett Wolforth's sacrifice fly.

In the second, Spooner hit a two-out RBI-double down the right field line to put the Reds up two. Ivan Johnson followed with a 440 foot, three-run home run to right field off RHP Benito Garcia (L, 1-4), to extend the lead to 5-0.

Spooner finished the night 2-for-4 with two doubles, a walk, an RBI, and three runs scored. Ivan Johnson's three-run home run was his fifth blast of the year, and first at Pioneer Park. Cristian Olivo finished 2-for-4 with three RBI's. RHP Jonathan Tripp worked around a leadoff single in a scoreless ninth inning.

The Reds begin their final Pioneer Park series with a doubleheader against the Princeton Rays Friday night. First pitch is scheduled for 5:30 PM. RHP Jake Gilbert (0-2, 4.68) will start game one, with LHP Jacques Pucheu (0-0, 0.00) starting game two. Both games will be seven innings, with game two beginning 30 minutes after the conclusion of game one.

Fans who wear their favorite football team's jersey to the game Friday will receive a special $5 ticket rate.