Wynne Strikes Out 25 Over 16 Innings To Earn Honor 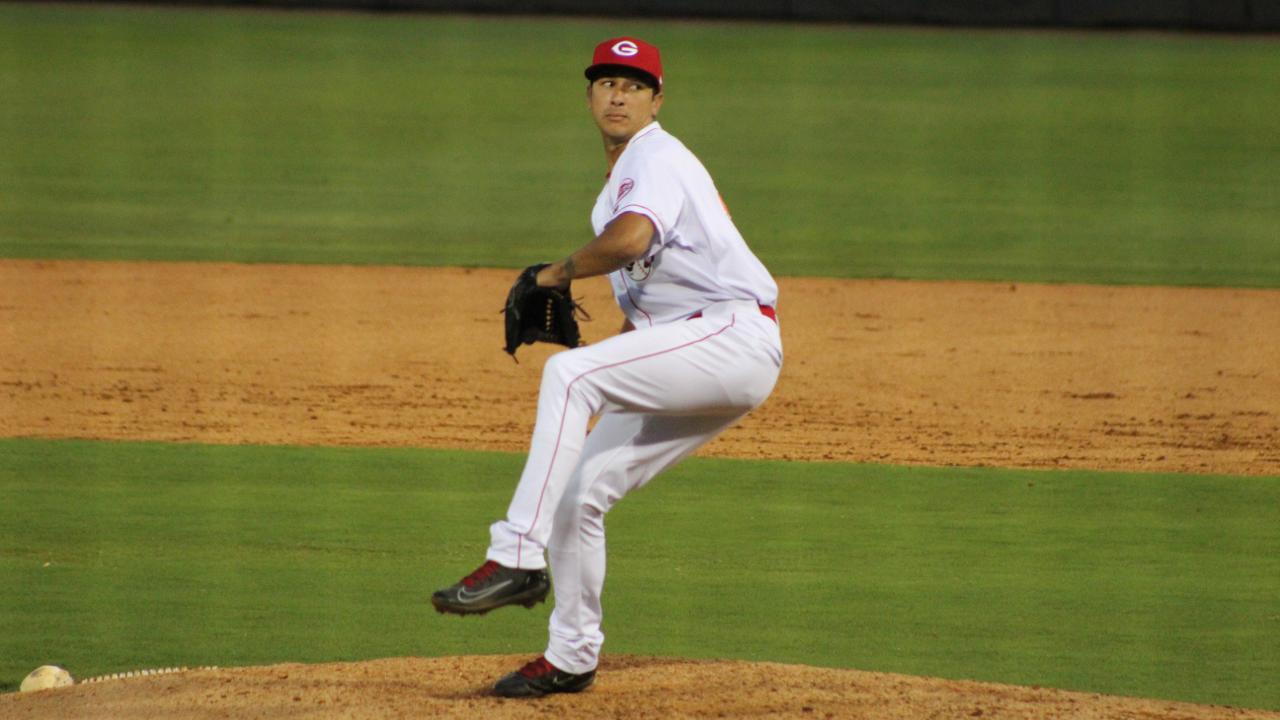 GREENEVILLE, TN - RHP Randy Wynne was named the Appalachian League Pitcher of the Week of August 19-25. The 26-year-old from San Diego, CA is the third Greeneville Reds player to earn a weekly honor this season.

Wynne made two starts last week, totaling 16 innings pitched. He allowed three runs on nine hits and a walk, while striking out 25. The right handed pitcher posted a 1.69 ERA and a 0.63 WHIP last week.

In his first start 8/20 at Burlington, Wynne struck out 17 Royals over eight, one hit innings. His 17 strikeouts are tied for the most in a single game in all of Minor League Baseball this season.

Wynne tossed eight more innings in his outing on 8/25 against Princeton at Pioneer Park. He allowed three runs on eight hits and a walk, while striking out eight Rays hitters.

Randy Wynne signed with the Cincinnati Reds on June 18, 2019, he had been pitching for the Evansville Otters of the Fron- tier League. Wynne has appeared in 12 games with Greeneville (three starts), and owns a 3.04 ERA, .223 average against, and a 0.88 WHIP in 53.1 Appalachian League innings. Wynne is 3-3 with 54 strikeouts and just two walks.

The G-Reds continue their series against the Elizabethton Twins tonight at Northeast Community Credit Union Ballpark, with first pitch scheduled for 6:30 PM.