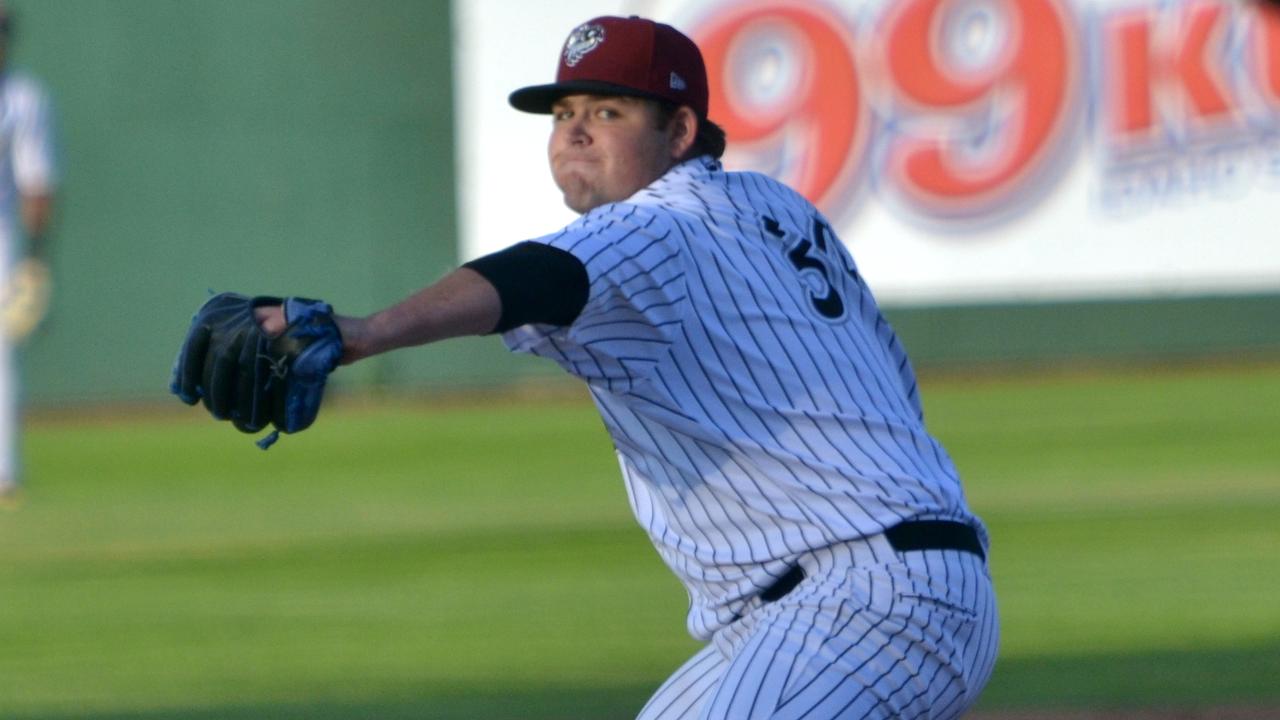 Idaho Falls, ID - Looking to finish off his regular season on a good note, Chukars righty Bryar Johnson turned into the outing of his career. The 20 year old threw a career high seven shutout innings, allowing just three hits while striking out a career high eight. Idaho Falls scored in the first and never looked back, as the Chukars blanked the Voyagers 7-0. The Chukars go into the playoffs having won four of their past five games.

In the first inning, Tyler Tolbert and Kember Nacero started the inning with consecutive infield singles. Jimmy Govern drove both runs home with a double into the right center field gap, making it 2-0 Chukars.

In the second inning, Stephan Vidal started the frame with a single, and Hector Pineda followed with single of his own. Tyler James put a bunt down with the intent to sacrifice, but after catcher Ivan Gonzalez fielded the baseball, nobody was there to cover first, allowing James to reach and loading the bases. With Tolbert up, Yoelvin Silvin balked, scoring Vidal, and Tolbert then hit a sacrifice fly, plating Pineda. Nacero then doubled home James, and he scored on a Rhett Aplin single, making it 6-0.

Johnson meanwhile stranding two baserunners on in the top of the first, but allowed just two more hits the rest of the game. He retired the last ten that he faced and 14 of the last 15 Voyagers. It was the first time in his career that he had pitched passed the fifth inning, and in his last four appearances he allowed six combined earned runs over 22 innings.

Tomorrow the Chukars begin the Pioneer League Playoffs with the first of a best of three series against the Billings Mustangs. First pitch is scheduled for 5:15 from Dehler Park in Billings, MT, with the pregame show hitting the airwaves of ESPN 980 The Sports Zone at 5 PM. The Chukars will host the second game of that series on Monday at 7:15 PM, and tickets are still available by visiting ifchukars.com.