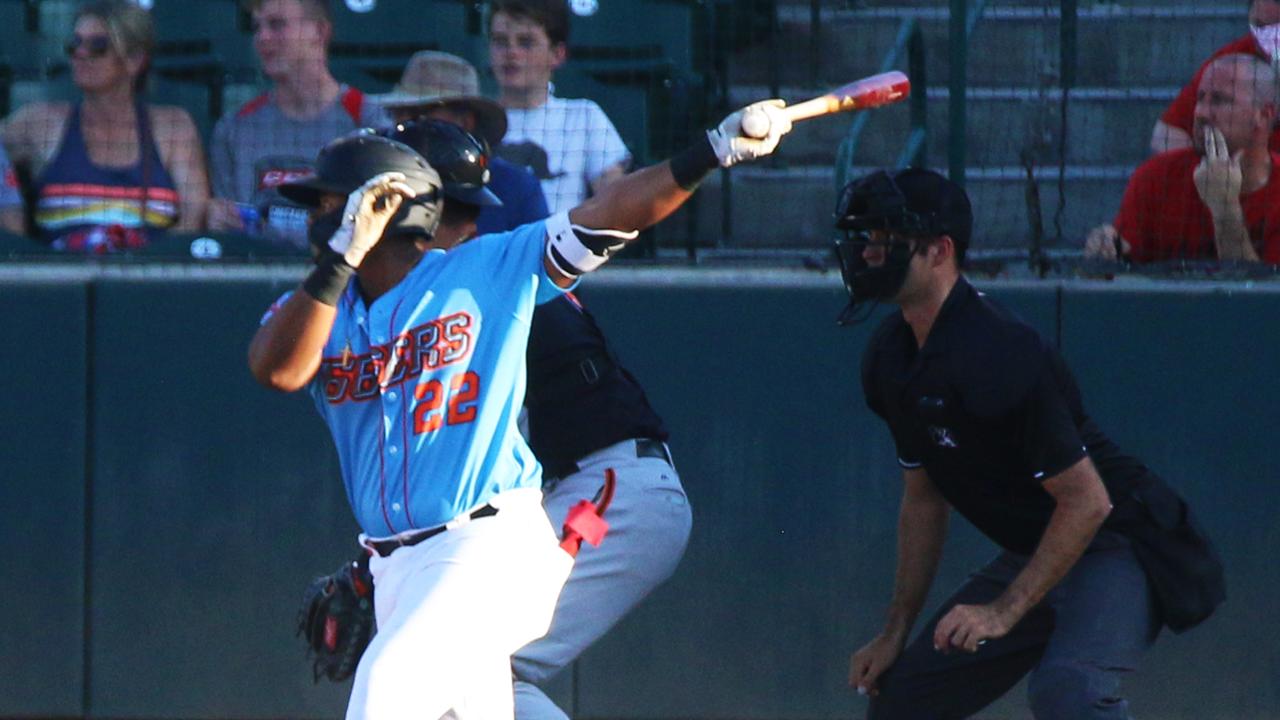 Rancho Cucamonga, CA- The Inland Empire 66ers of San Bernardino scored three runs in the second inning and kept the Rancho Cucamonga Quakes from delivering in the clutch holding them to 0-for-12 with runners in scoring position in a 5-3 win at LoanMart Field. The Sixers got a leadoff double from Zane Gurwitz in the third inning and then scored on a two-our RBI single from Michael Cruz against John Rooney (5-2). Mike Stefanic followed with aRBI double and Devin Davis then mashed an RBI triple for a 3-0 lead. The 66ers (55-81, 29-38) led 3-1 in the fourth when Torii Hunter Jr singled and then moved to second on a base hit by Cruz. Hunter then stole third and scored on Stefanic's RBI ground out. Kyle Bradish (6-7) labored through five innings allowing two runs (one earned) on three hits with six walks and seven Ks. Nathan Bates tossed two no-hit innings with three Ks for IE. Devin Davis gave the Sixers a 5-2 lead in the seventh when he tagged a solo shot off Melvin Jimenez. The homer was Davis' seventh homer of the year and made him 3-for-3; he added a walk in the ninth for a perfect night at plate. Connor Higgins earned his third save of the season with two innings allowing a solo homer to Starling Heredia; the 20-year-old Quake OF had a walk, double, homer (10) and reached on an error scoring all three Quakes' runs (he also stole his 16th base).

The series continues Saturday 7:05 pm. The contest can be heard live on 66ers.com.