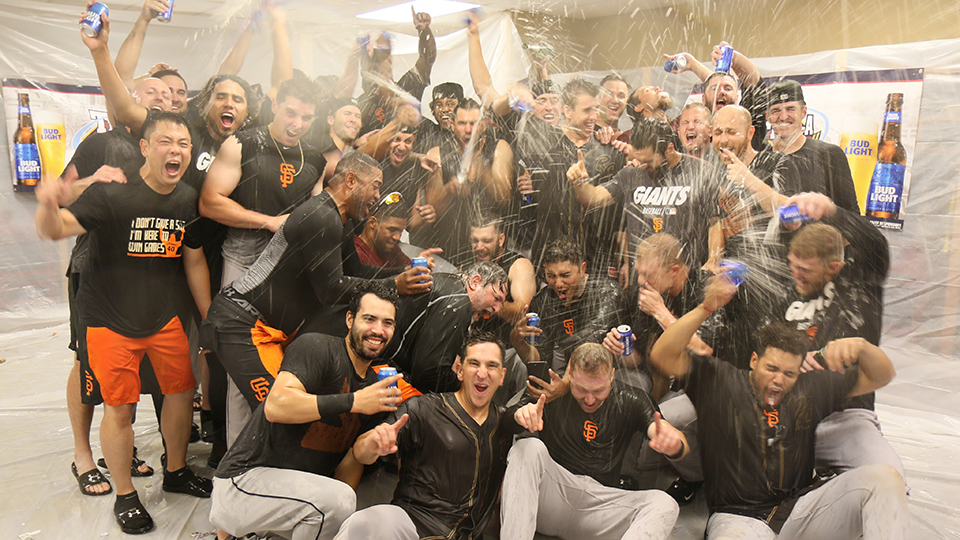 When the ball came off the bat, it appeared as though Abiatal Avelino had grounded into an inning-ending, rally-killing double play as Sacramento trailed Round Rock by a run in the eighth inning on Friday night. Moments later, it became clear the ball -- and the game -- were heading in a different direction.

The Giants' No. 27 prospect lined a single off the glove of pitcher Ralph Garza to produce the tying and go-ahead runs as the River Cats completed a three-game sweep of the Express with a 7-5 win, capturing their first Pacific Coast League Championship in 11 years.

After eight runs were scored in the first three innings, the game went quiet until the bottom of the seventh. With runners on first and second, Chas McCormick singled to right field as Jamie Ritchie turned third and headed home. Sacramento was able to preserve the tie as right fielder Joe McCarthy hit Avelino, who fired the relay to catcher Ronnie Freeman to get Ritchie out at the plate.

The Express' didn't stop there, however. After rehabbing Astros shortstop Carlos Correa was intentionally walked to load the bases, Jack Mayfield drew a free pass off right-hander Tyler Cyr to bring in Astros No. 17 prospect Ronnie Dawson with the go-ahead run. The River Cats turned to switch-pitcher Pat Venditte, who buckled down and got 28th-ranked Taylor Jones to ground into a double play that ended the inning and kept his team within striking distance.

Sacramento quickly took advantage as Jacob Heyward and Ronnie Freeman drew back-to-back walks off right-hander Carson LaRue with one out in the eighth. Garza relieved LaRue and issued another free pass to Levi Michael to pack the bags.

After taking one pitch and fouling off another, Avelino slapped a grounder up the middle to set up an apparent double play. Instead, the ball ricocheted off Garza's glove and rolled into shallow right field. As McCormick tracked it down, Heyward trotted in from third and Freeman raced around from second to give Sacramento a 6-5 lead. Mike Gerber followed with a groundout to first that brought in Michael with an insurance run.

After escaping the seventh, Venditte (1-0) got one more out and allowed a single in the eighth to earn the win. Carlos Navas gave up four runs over four innings to start the game, but four River Cats relievers combined to yield six hits and one run over the final five frames. Enderson Franco earned his second save of the series by giving up one hit over 1 2/3 innings.

It's the fifth PCL championship for Sacramento, which had not won one since claiming back-to-back titles in 2007-08. It's also the first Triple-A title for a San Francisco affiliate since the Phoenix Giants won the PCL crown in 1977.