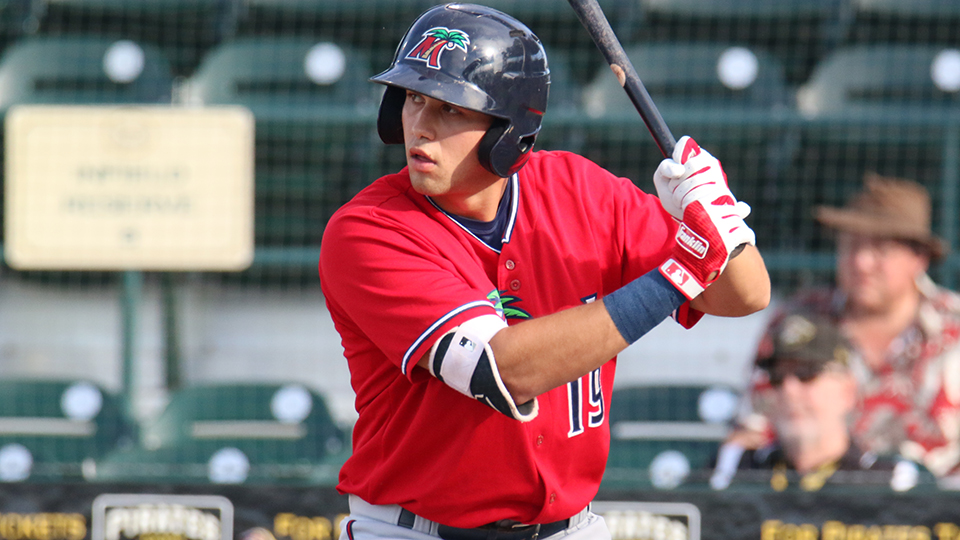 In his first full professional season, Alex Kirilloff showed what he could do with a clean bill of health and made a case that he was a bargain as the 15th overall pick in the 2016 Draft.

The Twins rewarded their No. 2 prospect for his breakout season by naming him the recipient of the Sherry Robertson Award as Minor League Player of the Year. Left-hander Lewis Thorpe received the Jim Rantz Award as Pitcher of the Year on Sunday.

Kirilloff missed the entire 2017 season while recovering from Tommy John surgery. But before he injured his left elbow, the 20-year-old outfielder won 2016 Appalachian League Player of the Years honors after batting .306/.341/.454 with 17 extra-base hits and 33 RBIs in 55 games with Rookie-level Elizabethton.

This season, MLB.com's No. 30 overall prospect hit .348/.392/.578 with 20 dingers, 44 doubles, seven triples and 101 RBIs in 130 games between Class A Cedar Rapids and Class A Advanced Fort Myers. Kirilloff also represented Team USA in the Futures Game in Washington, D.C. where he went 2-for-2 with a run scored.

The Pittsburgh-area high school product was a driving force for the Miracle as they won the Florida State League championship. In six postseason games, Kirilloff went 11-for-27 with a homer, two doubles and six runs scored. His first career five-hit effort boosted Fort Myers into the Championship Series.

The Australia native also appeared in the Futures Game as a member of the World Team and surrendered one of Kirilloff's two hits. Overall, he held opponents to a .250 batting average this year.