Cubs bringing up Hoerner from Smokies 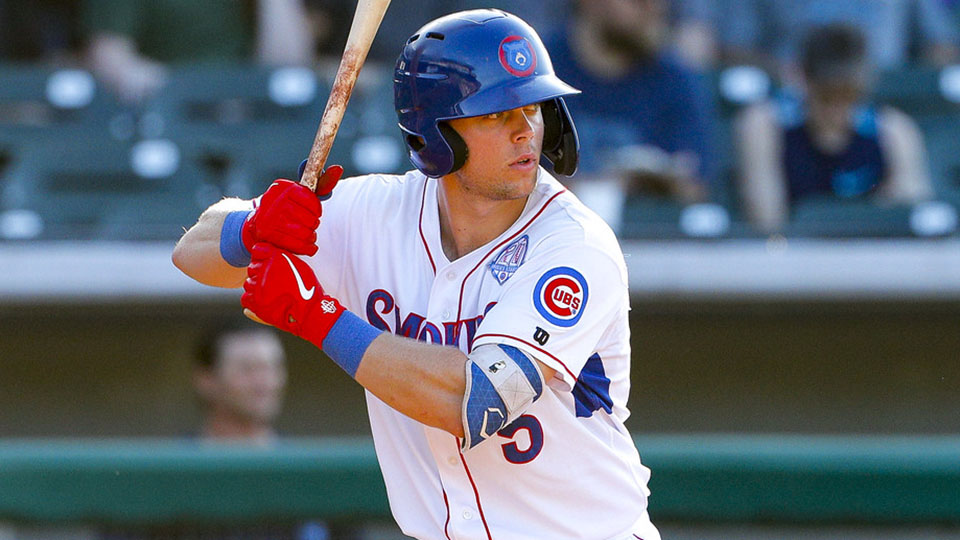 A first-round pick in 2018, Nico Hoerner has made 375 plate appearances in the Minor Leagues. (Danny Parker/MiLB.com)

Nico Hoerner was scheduled to go to the Arizona Fall League this month. Turns out, he'll be charting a different course.

The Cubs are calling up their top prospect to make his Major League debut. Hoerner will have to be added to the 40-man roster, but that will be the only transaction necessary with rosters expanded in September. The Cubs begin a four-game series in San Diego on Monday.

The move to bring up baseball's No. 47 overall prospect came after the Cubs' middle-infield depth took a hit in recent days. Javier Baez was diagnosed with a hairline fracture in his left thumb Saturday, and a day later, Addison Russell was hit in the head by a pitch and being evaluated for concussion symptoms.

Hoerner, taken 24th overall out of Stanford, became the first player from the 2018 Draft to reach the Majors. He hit .284/.344/.499 with three homers, three triples, 16 doubles and eight stolen bases in 70 games with Double-A Tennessee this year, his first full season in the Minors. The right-handed-hitting infielder was limited by injury this year when he was hit by a pitch on April 23, suffering a broken wrist that kept him out for two months. Once fully healthy, Hoerner caught fire down the stretch in the Southern League, hitting .333 with more walks (10) than strikeouts (nine) over 26 games in August.

The 22-year-old has drawn raves for his hit tool in his brief taste of Minor League action with a .297 average across four levels in 89 career games. He thrives on an ability to make consistent contact, as evidenced by his low 9.6 percent strikeout rate, but he hasn't shown much power with a career .427 slugging percentage and five home runs. He also possesses above-average speed.

Hoerner has mostly played shortstop during his time in the Minors, getting 47 starts there this season alone, but he also has experience at second base and center field. Baez and Russell's absences left the Cubs with only Ben Zobrist and David Bote as shortstop options, meaning it's likely Hoerner will see time at his natural position upon joining the big club.

The California native was named to the Mesa roster last month for his second stint in the Fall League -- he hit .337 in 21 games there last year -- but he is unlikely to head there now with the AFL season starting next week.

The Cubs have a 1.5-game lead over the D-backs for the second spot in a crowded National League Wild Card race that includes the Brewers (two games back), Phillies (two games) and Mets (four games) within range.