Former Heisman Trophy winner has not played since July 23 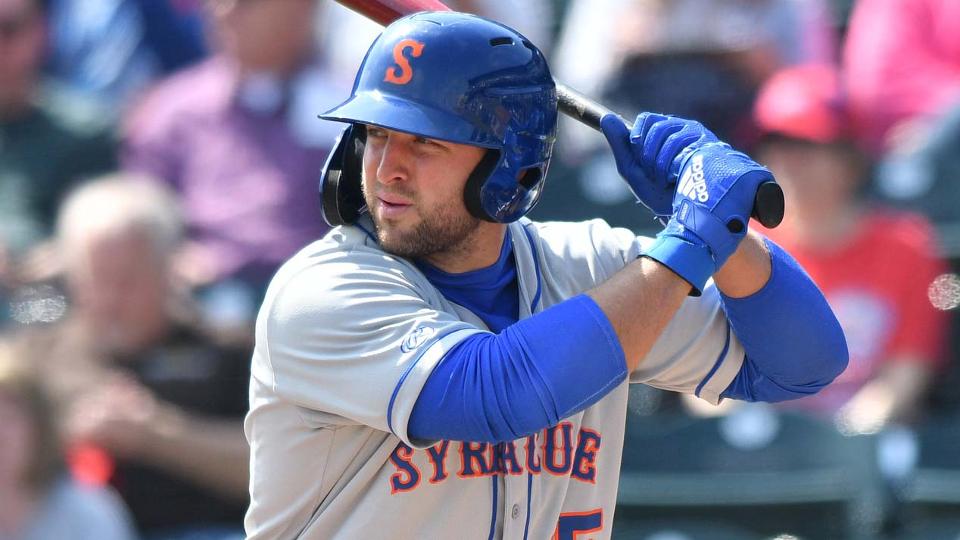 For the second year in a row, the season has ended early for Mets farmhand and former Heisman Trophy winner Tim Tebow.

The 31-year-old outfielder will miss the rest of the Triple-A Syracuse campaign due to a laceration on his left hand that he suffered fielding a ball in a July 23 game against Toledo and required stitches.

It's the second straight year that the former NFL quarterback has had to cut short his season due to injury. Last year with Double-A Binghamton, he suffered a broken bone in his right hand that required surgery, causing him to miss the last two-plus months.

With the Mets out of contention last year, there was talk that the charismatic Tebow could be called up when rosters expand in September. He batted .273/.336/.399 with six homers and 36 RBIs in 84 games with the Rumble Ponies, but the injury ended any speculation.

MLB.com's Anthony DiComo reported Saturday that Tebow "has given the Mets no indication he intends to stop playing [baseball]."

The University of Florida product has worked his way up the Mets system, starting at Class A Columbia in 2017 before earning a promotion to Class A Advanced St. Lucie later that season.