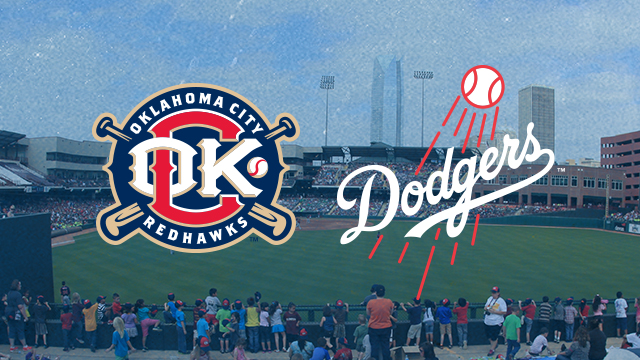 As expected, the Rangers and High Desert Mavericks agreed to a two-year player development contract. All Minor League clubs are now set with their affiliations through at least the end of the 2016 season.

The Carolina Mudcats have announced the signing of a two-year agreement with the Atlanta Braves. The agreement leaves the High Desert Mavericks and Texas Rangers as partners by default; they're the only remaining unsigned teams at the Class A Advanced level.

The affiliation picture in the Class A Midwest League is complete, as Beloit extended its current player development contract with Oakland through the 2016 season and Kane County signed on with Arizona. Ultimately, the only changes were Kane County and South Bend exchanging their parent clubs (the Cubs and D-backs).

The Mariners announced that their California League affiliate is returning to Bakersfield after an absence of 33 years.

The Nashville Sounds announced a new four-year agreement with the Athletics running through the 2018 season. Sacramento, the A's former home, has signed on with the Giants, while the Astros will take over from the Giants in Fresno.

The moves left the Brewers and Colorado Springs as the only uncommitted pair remaining in Triple-A. They later signed a two-year pact on Thursday afternoon.

"Very disappointing. We gave them 10 years there. A number of times we had a chance to move and we were patient with them," he said of the Sounds, who will move into a brand new ballpark next season after decades at aging Greer Stadium. "I'm just disappointed they wouldn't have given us two [more] years for what we put up with there."

"As a Minor League Baseball affiliate, we have very strict rules as set forth by Major League Baseball when it comes to investigating the possibility of reaffiliation. We followed those to the end. Within those parameters, we informed the Brewers that we would explore the opportunity to look at our options at the appropriate time. When it came time for us to have the opportunity to talk to other teams, we decided to do what we felt was best for our franchise and for the city of Nashville with respect to winning baseball."

At the Class A Advanced level, the Reds have moved their affiliate across the country to Daytona, Florida, where they'll take over from the Cubs. The Reds leave Bakersfield in the California League after four seasons. They previously operated the Florida State League's Sarasota club between 2005 and 2009 before it was sold to the Pirates and moved to Bradenton.

More changes are afoot in the Class A Midwest League, where the Cubs have finalized a deal to move from Kane County to South Bend, which had been a D-backs affiliate since 1997. Kane County, Beloit (currently with the A's) and Lansing (Blue Jays) are the remaining Midwest League clubs with expiring contracts.

• Catch up on MLB affiliation changes as they become official »

The Dodgers made the biggest splash as Triple-A Oklahoma City announced its sale to a partnership including Mandalay Entertainment Chairman and CEO Peter Guber and other current principals of Mandalay Baseball Properties, and the Los Angeles Dodgers. After four seasons as the Astros' top farm club, the RedHawks will become the Dodgers' Triple-A affiliate in 2015.

Los Angeles also announced a Double-A move. Following stints in Jacksonville (2001-08) and Chattanooga (2009-2014), the Dodgers will shift their Double-A club out of the Southern League to Tulsa, formerly the Rockies' Double-A home, in the Texas League.

The Dodgers' move to Oklahoma City set off a musical chairs-like shuffle in the Pacific Coast League. Albuquerque, the Dodgers' former home, announced an agreement with the Colorado Rockies, who departed Colorado Springs after 22 seasons.

Further changes are expected as neither Nashville, which is moving to a new ballpark next season, nor Sacramento renewed Player Development Contracts with Milwaukee and Oakland, respectively. Nashville is rumored to be in talks with the A's while the Giants seem poised to take over in Sacramento.

In Double-A, the Twins departed New Britain after 18 seasons, opting to shift their affiliation to Chattanooga in the Dodgers' absence. Completing a three-way shuffle among the Dodgers, Twins and Rockies with Tulsa, Chattanooga and New Britain, the Rockies will send their Double-A prospects to the Eastern League's Rock Cats.

The Cleveland Indians made a move within the Carolina League, sending their club from Carolina to Lynchburg. Currently at the Class A Advanced level, Carolina and Daytona are looking for parent clubs and the Rangers and Braves need affiliates. Bakersfield, for now a Reds farm team, may also figure into the equation.

Elsewhere, the Brewers extended their agreements with Double-A Biloxi (debuting in 2015 after relocating from Huntsville) through 2018 and Class A Advanced Brevard County through the 2016 season. San Diego also extended its pact with Fort Wayne, where it has had a Class A club since 1999.

At the lower levels, the Cubs appear to be the factor driving possible changes. Chicago has already chosen to end its relationship with Class A Advanced Daytona after 22 seasons, moving to Myrtle Beach in the Carolina League, and is weighing its options in the Class A Midwest League, where it could extend its relationship with Kane County or perhaps shift to South Bend, which is currently a D-backs affiliate.

The Yankees also got into the action last week, announcing a new partnership with Pulaski, formerly a Mariners affiliate, in the Appalachian League.