Duran stays on a roll at plate for Salem 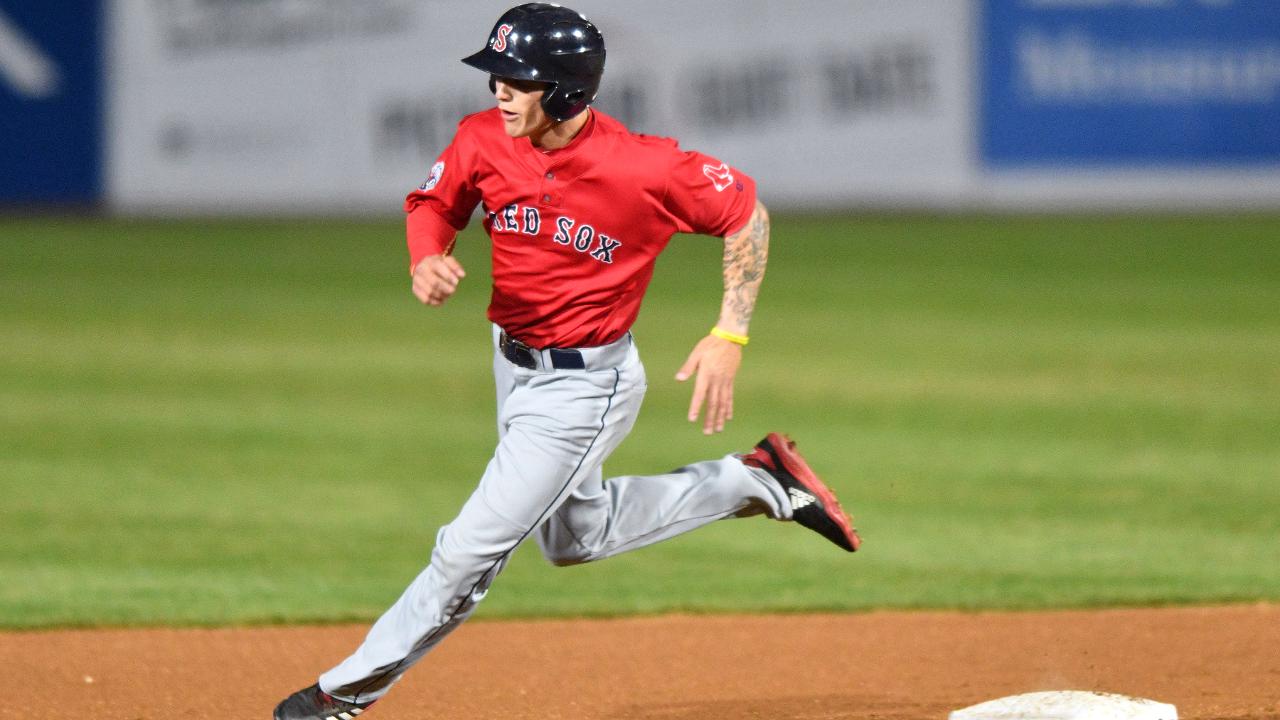 Jarren Duran is not a numbers guy -- but he is piling up some impressive crooked digits.

Boston's 10th-ranked prospect reached base in all five plate appearances during a 3-for-3 showing with two doubles and two walks as Class A Advanced Salem thumped Fayetteville, 13-6, at SEGRA Stadium. It was Duran's fourth straight multi-hit game and his third three-hit game in four days.

The seventh-round selection in last year's Draft stroked the first pitch of the game into center field for a double against Woodpeckers right-hander Chad Donato. The lefty-swinging outfielder moved to third on a flyout to right by Marco Hernandez. With two outs, Duran was nailed trying to steal home.

"I'm always looking first-pitch," he said. "It was a first-pitch fastball. That's usually your best pitch. The pitcher is trying to get ahead early, especially at the beginning of the game."

With one out in the third, he rapped a single up the middle that plated Nick Sciortino and Jagger Rusconi. Duran later scored on a double by Boston's No. 26 prospect Pedro Castellanos as Salem took a 4-1 lead.

The Long Beach State product added a one-out double to center in the fourth off Donato, but was left stranded at second.

Salem sent 13 batters to the plate and scored nine times in the seventh to salt away the game: Duran walked twice in the frame and both times scored on a base hit by Castellanos. It was the third game this season in which he reached base five times.

"Any way I can get on base is a plus," the Buena Park, California, native said. "I was at a good point, not chasing out of the zone. I was looking for my pitch.

"Day in, day out, I work on my approach. It's a challenge every day, every at-bat. I'm staying strong in my approach, not swinging at pitcher's pitches."

Hernandez finished 3-for-5 with a double, an RBI and two runs scored. Ryan Fitzgerald and Jonathan Ortega added two hits and two RBIs apiece for Salem.

No. 20 Red Sox prospect Kutter Crawford (3-1) allowed two runs on six hits and a walk in six innings. The right-hander struck out five.

Beer, Houston's ninth-ranked farmhand, collected two hits, including his Carolina League-leading ninth homer -- a solo shot in the sixth. He finished with two RBIs -- extending his circuit lead to 34 -- and scored twice. Jake Adams went 3-for-5 with two doubles, an RBI and one run.