Twins No. 7 prospect strikes out 14 in longest start of season 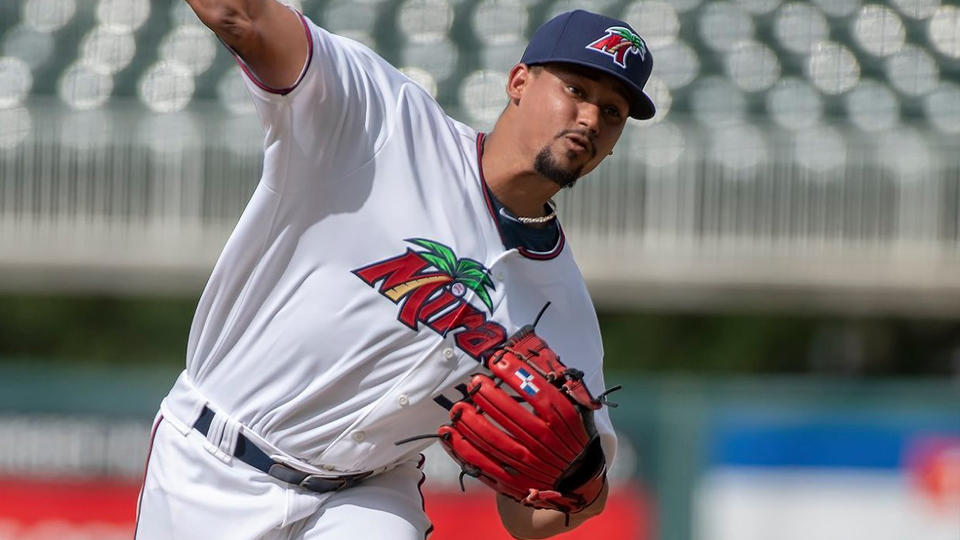 Minnesota's No. 7 prospect recorded a career-high 14 strikeouts over six innings in his longest outing of the season, but Class A Advanced Fort Myers fell to Daytona, 5-3, at Jackie Robinson Ballpark. He gave up two runs -- one earned -- on one hit and two walks.

"I put a lot of focus on attack plans toward hitters," Duran said through Miracle translator Hector Lujan. "I was getting on top with my fastball and was in a good rhythm with my breaking ball and putting guys away."

The 21-year-old right-hander had dominant stuff from the outset, with four of his 12 pitches in the first inning reaching double-digits and topping out at 101 mph. He opened the contest by striking out Jose Garcia and fanned fourth-ranked Reds prospect Jonathan India to end the first inning. He issued both of his walks in the second, but struck out the side.

Duran ran into trouble in the third. After whiffing Ernesto Liberatore for his sixth strikeout, he plunked Garcia, who moved up on a wild pitch and scored on a miscue by left fielder Malique Ziegler, who had trouble coming up with Drew Mount's single. Mount crossed the plate on India's sacrifice fly to forge a 2-2 tie.

After Twins No. 14 prospect Jose Miranda put the Miracle in front with his first homer of the season, Duran bounced back with a six-pitch fourth. The native of the Dominican Republic fanned six of the next seven Tortugas, a stretch interrupted when Alejo Lopez reached on a throwing error by second baseman Michael Helman.

"During that [third] inning, I wasn't focusing on outcome," Duran explained. "I just had to stick to my plan. As soon as the fourth came around, I completely forgot about it. The quick inning got me back into the groove and let me pitch longer in to the game."

The organization's second-ranked pitching prospect, who didn't factor into the decision, threw 59 of a season-high 96 pitches for strikes in his longest outing since going seven innings for Class A Cedar Rapids last Aug. 18.

"There's been a big focus on delivery," he added. "I feel like I'm using my lower half a lot better and I'm more in sync. ... The biggest thing was getting work done no matter the outcome. Focusing on process, not results. Now everything is falling into place, because of the mentality of getting stuff done and not focusing on results."

Daytona rallied for three runs in the seventh to avoid a four-game sweep as Reds No. 14 prospect Stuart Fairchild raced for an RBI triple and scored on a sacrifice fly by Yonathan Mendoza.

Top-ranked Twins prospect Royce Lewis led off the game with a triple and finished 2-for-4 with a run scored.

Katie Woo is a contributor to MiLB.com. Follow her on Twitter @katiejwoo This story was not subject to the approval of the National Association of Professional Baseball Leagues or its clubs.