Martin hops to it with pair of walk-offs 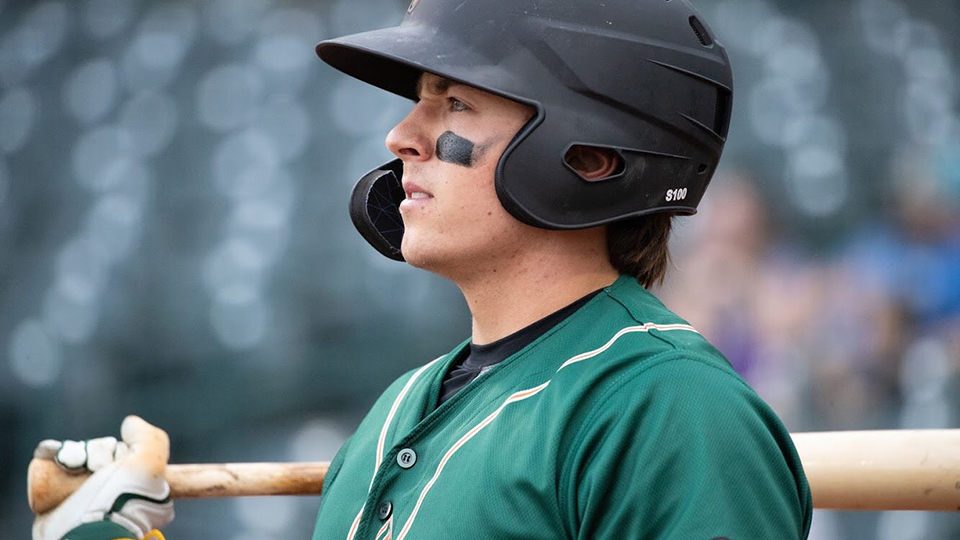 Mason Martin stands second in the South Atlantic League in home runs after hitting four by this point in 2018. (Greensboro Grasshoppers)

Mason Martin can't remember ever having a walk-off hit before in his life, not even in Little League. On Sunday, he had two.

Pittsburgh's infield prospect bashed three-run homers in the seventh inning in both games of Class A Greensboro's doubleheader sweep of Lakewood. The Grasshoppers won the first game, 8-7, and the nightcap, 6-5.

"Today was really crazy for me," Martin said.

Greensboro rallied for four runs in the final frame to take the opener. After an RBI single by Fabricio Macias, the 2017 17th-round pick saw the chance to win the game and not have to play extra innings with another seven-inning contest after that.

"I didn't have to hit a home run there," he said. "I was just trying to drive something and maybe hit it in the gap, and if I get it in the air, it might go."

"That was probably the best connection I've had with a baseball all year," he said. "It just felt so good off the bat."

Martin rounded the bases and jumped on home plate, with the Grasshoppers mobbing him and dousing him with water.

"It was awesome," he said. "That's one of the best feelings in the world."

The 19-year-old also collected an RBI single in the first off Phillies No. 30 prospect Manuel Silva.

"After the first walkoff, I thought it was a pretty incredible day," Martin said.

It would get even better.

The left-handed hitter was waiting in the on-deck circle with two outs in the seventh when a teammate approached him.

"Rodolfo Castro comes up to me and he starts smiling at me and I couldn't help but smile back at him," Martin said. "Because we both knew what the situation was. I went up there and I'm not saying I tried to hit a home run, but I was definitely trying to get a pitch that I could handle, a pitch that I could do some damage with."

The first baseman's only hit in the second game was the other walk-off. Martin took a 1-1 pitch from righty Blake Bennett over the fence in center to cap the sweep.

"I couldn't even believe it at first, because I hit it and I knew it was going to be gone," he said, "but when I was starting to round first base I couldn't even like believe it. The situation came up again and it happened again. What are the odds of that?"

Martin threw his helmet in the air as Greensboro celebrated another walk-off blast.

"It was probably the coolest day I've ever had at the ballpark," he said. "That was just out-of-body."

He finished the doubleheader 3-for-7 with a walk, seven RBIs and the only roundtrippers hit by the Grasshoppers on Sunday.

Pirates No. 16 prospect Lolo Sanchez reached base five times in the doubleheader, scored three runs and stole a base for the Grasshoppers.