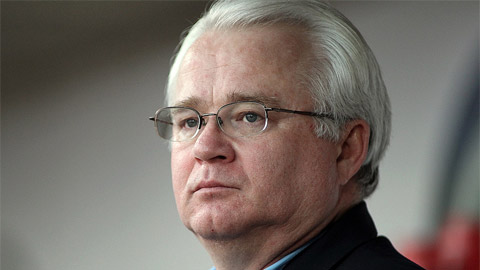 The relationship between Major and Minor League Baseball can be summed up by Frank Sinatra's ruminations on love and marriage -- You can't have one without the other.

The arrangement that binds the two entities is called the Professional Baseball Agreement (PBA), which, most crucially, provides industry stability with its assurance that Major League Baseball will field at least 160 Minor League teams. This guarantee is formalized through Player Development Contracts (PDCs), the two or four-year agreements that bind Major League teams and Minor League affiliates.

On Tuesday it was announced that Major League Baseball and the National Association of Professional Baseball Leagues (NAPBL, the governing body of Minor League Baseball) have reached a new agreement that will extend the PBA through 2020.

News of this development was first made public during Minor League Baseball president Pat O'Conner's Opening Session speech during the 2010 Winter Meetings. The PBA extension was unanimously approved by the NAPBL the following month, and MLB owners quickly followed suit.

According to O'Conner, the PBA extension is a classic case of "It ain't broke, don't fix it."

"We tell our umpires, 'Sometimes you don't have to move to make a call,'" he said. "And that was the case here. Not moving was the right thing to do. ... But I think this is very big news. There were four years left on our current agreement, and now we've added six years on top of that. The fact that everyone is so comfortable with this speaks volumes about our relationship with Major League Baseball and speaks volumes about our stability as an industry.

"For us, that stability comes from the guarantee of 160 PDCs," he continued. "And we feel like we've been able to honor that commitment, because in nearly every case we've done a heck of a job with our facilities and operations and that's a very major thing."

The two previous Professional Baseball Agreements came about after extensive and sometimes contentious negotiations regarding PDCs, facility standards and revenue sharing, but Tuesday's announcement served as a clear indication that times have changed.

"I think that [MLB executive vice president of baseball operations] Jimmie Lee Solomon and I both realize that the heavy lifting has already been done, so why tempt fate?" said O'Conner. "We're both committed to working on this relationship on a daily basis, to maintain something that's fundamentally sound, fair and equitable."

The only change of any real substance in the new PBA is that the NAPBL has committed to a slight increase in the tax on ticket revenue that Minor League teams pay to Major League Baseball. O'Conner emphasized that the increase will be incremental, "escalating in a fair and equitable way, not so precipitous as to be painful."

"[The new PBA] is in recognition of the good, hard work that has been put in by both sides," he said. "Sometimes we get so absorbed in what our jobs are that we end up making changes that aren't needed. That wasn't the case here."