On the Road: From worst to first in Pulaski

After years of decline, Calfee Park now one of top Appy League locales 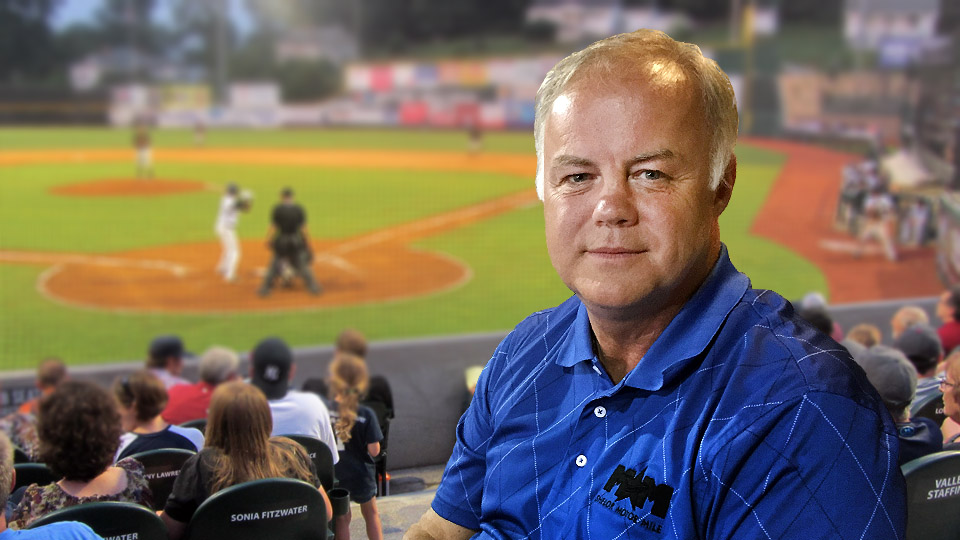 Pulaski Yankees co-owner David Hagan is in his second season at the helm of the longtime Appalachian League franchise.

In 2014, the Pulaski Mariners ranked eighth in the 10-team Appalachian League in attendance, averaging just 818 fans a ballgame. This campaign proceeded amidst profound uncertainty regarding the long-term feasibility of the team's Calfee Park home, built in 1935 as a Works Progress Administration project. After the season, the Seattle Mariners declined to renew their affiliation.

In 2015, Pulaski -- now a Yankees affiliate -- ranked first in the league in attendance with a per-game average of 1,677, and Calfee Park is now one of the best Appalachian League ballparks for both player and fan amenities. It's amazing what $4 million can do.

The rapid turnaround of the Pulaski franchise can be attributed to local businessman David Hagan, owner of the 70-acre Shelor Motor Mile car dealership complex in nearby Christiansburg, Virginia. Hagan and his partner, Larry Shelor, bought both the team and ballpark in 2014 and quickly transformed it into one of the league's most vibrant environments.

Before Hagan and Shelor took control, the team was owned by the Pulaski Baseball group, while Calfee Park was owned by the city. The partners behind the former entity were retiring, and the city simply did not have the funds to make any significant improvements to the ballpark.

"I spent my summer [of 2014] up here and paid attention to what they were doing and, quite honestly, it was a pretty bad situation," said Hagan, speaking during July 2's ballgame against the Bristol Pirates. "The facilities were inadequate, they didn't have very good crowds, the field was in bad shape, the clubhouses were awful, part of the clubhouse was a concession stand and, you know, there was no parking and the lights were poor."

The town of Pulaski operates on an approximate annual budget of $8 million, and Hagan knew there wouldn't be nearly enough money to make the necessary Calfee Park improvements. This situation led Hagan to initiate a meeting with Pulaski's mayor and town manager, during which he proposed purchasing Calfee Park from the town.

Hagan then proposed calling a town hall meeting on the issue, because "that way we'll have every angry person in America here." He described the mood of the meeting as "very apprehensive over the first 15 minutes. After that, everybody just said 'This needs to happen.'"

As part of the ballpark purchase, Hagan pledged to spend "$3 million, minimum" on ballpark improvements. These improvements have included a new visitor's clubhouse, renovated and expanded concessions, a videoboard, expanded parking, new suites and VIP areas and seating upgrades throughout the ballpark. The improvements were made with strict oversight as Calfee Park is listed on the National Register of Historic Places, and the facility still retains its throwback feel. From the fortress-like rock ticket gate in left field to the grandstand roof running down the third base side to the modest single-family homes overlooking the park in right field, there's nothing cookie-cutter about this longtime baseball environment. The iconic rock entrance to Calfee Park, located in left field, was constructed in 1935.

"If I went out to build a brand new park today, this is not what it would look like," said Hagan. "But that's what we had to work with -- we had to stay historic. ... And they tell you what to do, down to 'You can take paint off it but you can't put any on.' I mean, really."

In tandem with the Calfee Park renovations, Hagan converted a nearby former grocery warehouse into a new hotel. The Jackson Park Inn, featuring exposed wood beams and rooms in an urban loft style, houses Pulaski's players and coaches throughout the season. Before this option, the team had been forced to reside at a hotel some 40 miles away in Wytheville, Virginia, a situation Hagan deemed "totally backwards."

As the additions and improvements were being implemented during the 2014-15 offseason, there was also the matter of finding a new Major League affiliate following the departure of the Seattle Mariners. The Yankees were interested, and, after a visit by then-director of player development Pat Roessler, committed to fielding a team there.

"The next afternoon [Roessler] called and said, 'We're gonna do it,'" recalled Hagan. "So we moved forward. We had no contract with any team, but said we're going to build a hotel and based on a handshake we went forward."

"There was no guarantee this would work, but I could pretty much do the math," he said. "Take three and a half, four million dollars. What's the debt? What does it take for us to service that over 10 years? We have to generate that much income. Last year we generated about $400,000 in concessions, $300,000 in sponsorships and then all of our ticket sales and that kind of thing. ... We made enough to service the debt, pay the bills and go on. So for us, it's just a business deal."

But it's not "just" a business deal. A revitalized Calfee Park, together with the opening of the Jackson Park Inn and its adjoining "Al's on First" restaurant, could potentially be the start of something big for the town of Pulaski.

"And so now all of a sudden there's some energy, there's a buzz around town, people are buying and selling different properties and opening new businesses again. The biggest reason we wanted to do this is because we knew it would be a huge plug for the little town of Pulaski. And it really has been."