Miami sending its No. 2, 6 prospects to San Diego in deal for Cashner 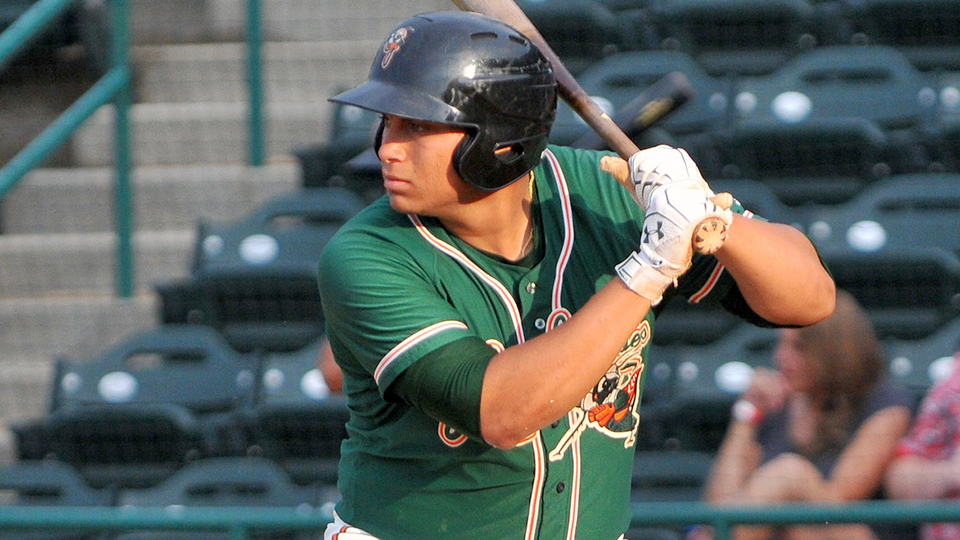 An improving Padres farm system is about to get even better.

The Marlins have sent Josh Naylor (their No. 2 prospect) and Luis Castillo (No. 6) to the Padres in a deal for Major League pitchers Andrew Cashner and Colin Rea, according to reports. Big league reliever Carter Capps and starter Jarred Cosart are also headed to San Diego with Minor League reliever Tayron Guerrero going to Miami. Jeff Passan of Yahoo! Sports first reported the deal included Naylor and Castillo; Ken Rosenthal of FOX Sports filled out the full details. (Update: The clubs made the deal official Friday afternoon. The Marlins also get cash considerations as part of the trade in addition to Cashner, Rea and Guerrero.)

This is the third trade the Padres have made in the past month and second involving the Marlins, who own a 55-47 record and are tied with St. Louis for the National League's final Wild Card spot. San Diego also acquired No. 7 prospect Chris Paddack from the Fish on June 30 in a deal for closer Fernando Rodney. Two weeks later, they swapped lefty starter Drew Pomeranz for Anderson Espinoza, MLB.com's No. 21 overall prospect.

Though neither Naylor nor Castillo has the reputation of Espinoza, they bolster a Padres system that is quickly becoming one of the brightest in the game.

Naylor was the Marlins' first-round pick in 2015 (12th overall) out of an Ontario high school. He had a .269/.317/.430 line with nine homers, two triples, 24 doubles, 54 RBIs and 10 steals in 89 games at Class A Greensboro this season and was enjoying perhaps his best month with a .326/.348/.442 line in 23 July games. Limited to first base so far, the 19-year-old left-handed slugger was named the position's seventh-best prospect by MLB.com earlier this week with a 60 grade on the 20-80 scale for his power potential. He also represented Canada on the World team at this year's Futures Game in San Diego, going 2-for-3 with an RBI in the prospect showcase.

Naylor made negative headlines this year after he injured fellow Marlins prospect Stone Garrett with a knife in an incident the organization called a prank that went "a little too far." He was suspended from June 5-13 as a result.

Despite Naylor's elevated prospect status, there are reasons to believe Castillo could end up as the more exciting piece in Friday's deal. The 23-year-old right-hander leads the Florida State League with a 2.34 FIP and ranks third in ERA (2.25) and fourth in WHIP (0.97) over 20 appearances (100 innings) at Class A Advanced Jupiter. Castillo has earned a 70 grade for his fastball that can reach 100 mph and complements that with a 55-grade slider and 45-grade changeup. Though he's had issues with control in the past, he's been stellar in that regard this summer with a 1.4 BB/9. He's also averaged 7.6 K/9 with the Hammerheads.

Guerrero, who was not ranked among the Padres' top 30 prospects by MLB.com, has a 5.30 ERA and 1.43 WHIP with 36 strikeouts and 19 walks in 35 2/3 innings between Double-A San Antonio and Triple-A El Paso this season. The 25-year-old right-handed made his Major League debut May 17, giving up one earned run on three hits in two frames, his lone appearance the game's top level.

The Padres will plug Cosart into their own starting staff. He is 0-1 with a 5.95 ERA in four Major League starts and was 3-4 with a 4.09 ERA in 10 starts at Triple-A New Orleans before being recalled earlier this week. Capps will join San Diego's bullpen, but that won't come until next season as he's recovering from Tommy John surgery. He's coming off a 2015 campaign in which he posted a 1.16 ERA with 58 strikeouts in 31 innings for the Marlins.