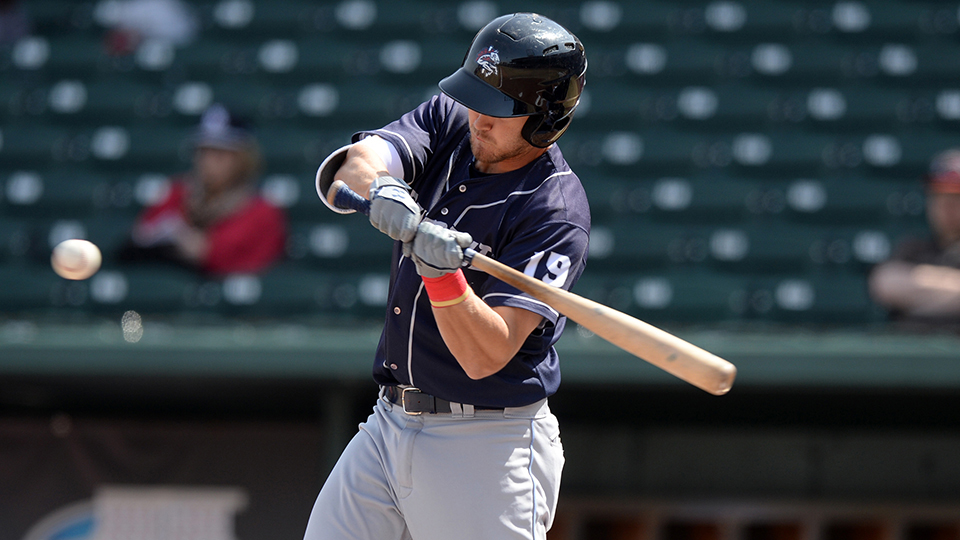 To put in perspective what Patrick Mazeika has done this week, it's notable to mention he's produced more RBIs in his last four games than he did in all but four months of a career that's in its fifth year.

The Mets' No. 26 prospect fell a triple shy of the cycle and drove in a career-high six runs in Double-A Binghamton's 9-8 loss to Altoona on Wednesday afternoon at NYSEG Stadium. He entered Saturday's game with 10 RBIs through 24 contests but has plated 14 in four games since to bring his total to 24, tied with Akron's Wilson Garcia for the sixth-highest total in the Eastern League.

After driving in six runs in Tuesday's doubleheader against the Curve, Mazeika capped the Rumble Ponies' five-run first inning with a three-run homer to right-center field, his third of the season and second in as many days. The catcher extended Binghamton's lead with an RBI single to center in the second and was retired for the only time on a strikeout leading off the fifth. He walked in the seventh and brought his team within a run with a two-RBI double to right in the ninth.

The six RBIs eclipsed Mazeika's previous career high of five set on May 21, 2017 with Class A Advanced St. Lucie. In addition to his run-producing prowess, he extended his hitting streak to 14 games, two short of the personal best established from Aug. 8-24, 2016 with Rookie Advanced Kingsport.

The 2015 eighth-round pick out of Stetson has been a reliable bat since debuting in the Appalachian League. Including Wednesday's three-hit performance, the Massachusetts native has compiled a .288/.388/.425 slash line in 353 games. He's no slouch behind the plate, either, throwing out 33 percent of attempted basestealers since turning pro, a mark he's dialed up to 40 percent this season.

Mazeika was one of five Rumble Ponies to record multi-hit games, including top prospect Andres Gimenez who went 3-for-5 with a double and two runs scored. The top five hitters in the lineup were 13-for-31 with a homer, four doubles, eight RBIs and eight runs scored.

One week after starting the Rumble Ponies' first no-hitter in nearly 13 years, Harol Gonzalez allowed four runs and seven hits -- including three homers -- over six innings. David Roseboom (1-1) took the loss after surrendering three runs on two walks and a hit while retiring two batters in the seventh.