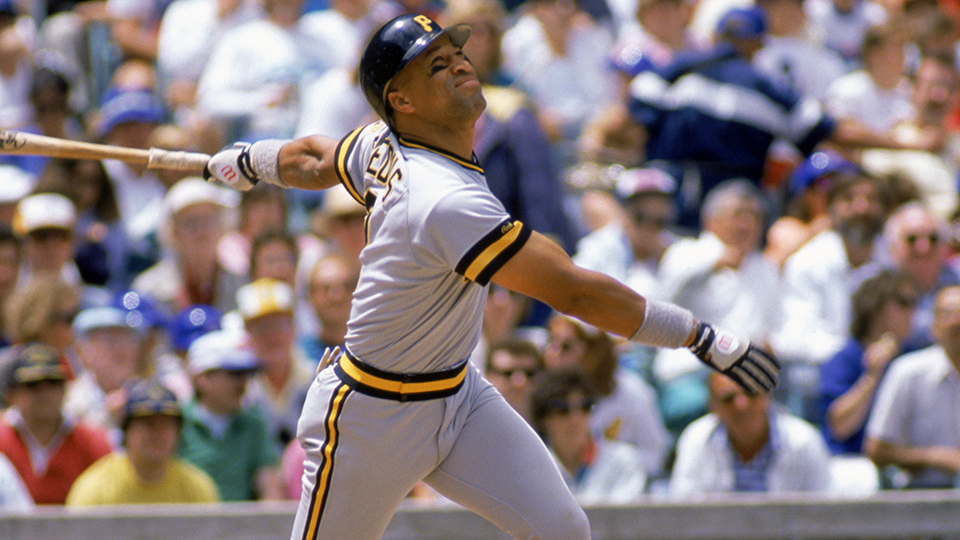 Gary Redus' performance with the Billings Mustangs in 1978 ranks as one of the greatest ever produced in a Minor League season. And the funny thing about his magical year in the Pioneer League is that it almost never happened.

The Alabama native hit .462 that summer, making headlines across the Northwest. It's the highest recorded batting average in Minor League history and the best in a United States-based league in the last 50 years. Willie Aikens hit .443 in 1986, but he split that season between Tidewater of the International League and Puebla of the Mexican League.

Hediberto Vargas and Jimmy Collins both hit .438 in 1966 and 1979, respectively, but compiled those averages in the Mexican League. It leaves Redus as the record holder -- and trivia question answer -- as well as making him the only player to reach the .400-plateau in a U.S. league in the last 50 years.

Redus, however, almost didn't sign with Cincinnati after being drafted in the 15th round in June 1978. It took some soul searching and few lengthy discussions with his mother before he decided to join the Reds and head for Billings after starring at Athens State College. Otherwise, the record for the highest batting average in a single Minor League season would belong to Bill Krieg, who hit .452 in 1896 with Rockford of the Western Association.

"There was some debate as to whether I would play or not," said Redus, who is now the roving outfield and base-running coordinator for the Pirates. "I was wondering whether I should play or just stay home and work. The year before, I was drafted by Boston [in the 17th round] and I was more or less trying to see how big a bonus I could get from them after being picked -- and I didn't get [one].

"I played in the Cape Cod League after I was picked by Boston and I was an All-Star there. So I went back to school, had an even better year and was an All-American. There were scouts watching me. I figured I played with a bunch of guys in the Cape League and on the day of the Draft I saw them all get drafted in the first 10 rounds, and I figured I should have [been], too. And when I didn't, it was a big disappointment."

The Red Sox had offered Redus a $6,000 bonus, which he turned down. The Reds only offered $2,000, which stung the talented infielder. So Redus told the folks in Cincinnati that he planned on staying home, that he could make that much working over the summer. It wasn't until his mother got involved that Redus changed his mind.

And, well, the results turned out better than anyone could have imagined, Redus included. The Pioneer League has a storied history and has seen some special players come through its ranks, but none has matched what Redus did that summer. In addition to his astounding batting average, Redus set a still-standing league record for most runs scored (100 in 68 games). He also racked up a .787 slugging percentage.

"I never played with a guy that had so much power and speed," said former Billings teammate Skeeter Barnes, who manages Southwest Michigan in the Class A Midwest League. "Even in high school and college, I never saw anyone that had it all in one package like that. That's what I remember most about him that year.

"He was built like a cross between a cornerback and a sprinter. He had a big upper body and little bitty legs. I never saw a player with that much power and speed until I played with Eric Davis."

Barnes also was a big reason why the Mustangs, who went 52-18 and waltzed to the league championship that year. Billings hit .320 as a team, with Barnes contributing a robust .368 average and 76 RBIs. Future Major Leaguer Nick Esasky also was on that squad and hit .305.

Redus points to the fact that most of the Billings players were older, having played in college, and were used to being away from home. There wasn't a big adjustment in that regard, and he believes it proved to be a huge advantage against the rest of the league, which sported teams comprised mostly of recent high school graduates.

Future Angels All-Star Mike Witt also was in the Pioneer League that summer and, according to Redus, was the only pitcher who gave him trouble. Witt, a fourth-round pick who turned 18 during the season, pitched for Idaho Falls. He went on to win 117 games in the Major Leagues, including throwing a perfect game, and was well aware of what Redus was doing when the two met.

"This guy was just tearing up the league," Witt said. "When it was my turn to face him, I considered it a big challenge. I think I did well against him. I think he had a pretty decent career, but if you saw him in 1978, you would have thought it was the second coming of Rickey Henderson.

"You could tell he had played some ball and knew his way around the batter's box and how to set up pitchers. In that regard, he was a little more advanced. All the pitchers on my team couldn't understand why he was in that league."

Redus split the 1979 season between the Class A West Carolina League and Double-A Southern League, hitting a combined .251. He batted .174 in 36 games, though, after getting promoted to Nashville and was sent back to the Florida State League, where he hit .301 in 1980. After struggling for Waterbury in the Double-A Eastern League in 1981 -- he batted .249 -- Redus hit .333 for Triple-A Indianapolis the following season to earn a September callup.

That end-of-the-year stint with the Reds marked the beginning of a 13-year Major League career, during which he collected 886 hits and batted .252. Redus hit 17 homers and drove in 51 runs while batting .247 in 1983 to finish fourth in National League Rookie of the Year voting. Those power totals represented career highs, though. He hit a career-best .288 in 1993.

"I don't know if you can say it's unrealistic to keep playing that way," Redus said of his big year. "It didn't get me any closer to the big leagues any quicker. I ended up in A-ball the next year, anyway. But I just loved to play. That was it. I think about that year, but I don't dwell on it a lot.

"I knew it was special. And it always comes up in trivia and stuff like that. And when some of the younger guys look at the back of my [baseball] card, now, they go, 'Wow!' It tells some of the Minor League guys that they have to play and perform to get to the big leagues."

And that's what Redus did, though it almost never happened.

Kevin Czerwinski is a reporter for MiLB.com. This story was not subject to the approval of the National Association of Professional Baseball Leagues or its clubs.