Staten Island will remain the Yankees 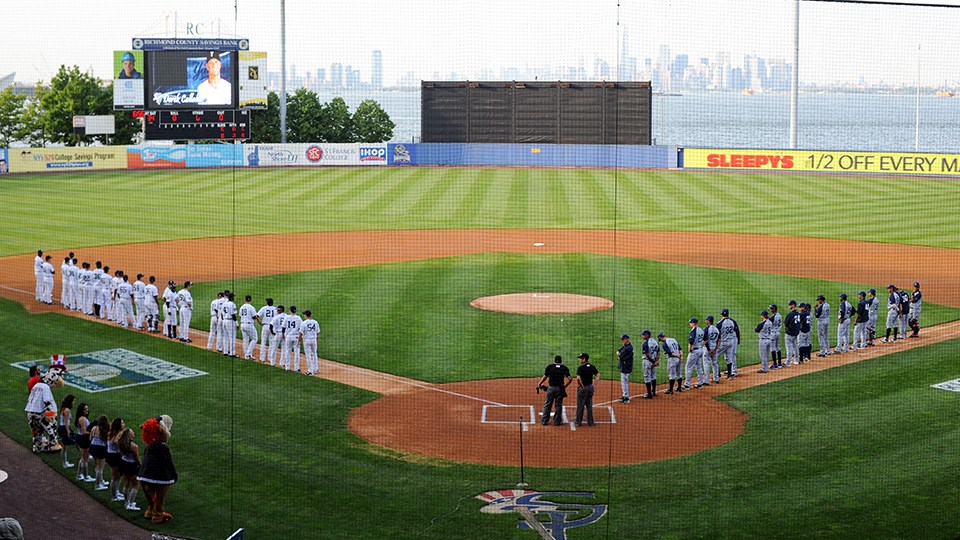 In Staten Island, the Yankees name will remain.

Staten Island, the Class A Short Season affiliate of the New York Yankees, announced in June that they would be rebranding for the 2017 campaign. In September, five finalists were announced: Pizza Rats, Bridge Trolls, Rock Pigeons, Heroes and Killer Bees.

On Monday, however, the team announced that the rebranding process has been put on hold and that it will still be known as the Yankees in 2017. The New York-Penn League club has had this moniker since 1999, its first season in Staten Island.

In a press release, the team said that "the approval and acceptance of the new name and artwork would take longer than initially anticipated."

"I wish we could have moved the ball forward more, but I respect the position we're in and where we'll be going forward. It will be interesting to see what happen in 2018 and beyond," said Staten Island Yankees president Will Smith, reached by phone Monday afternoon. "At the end of the day Minor League Baseball has deadlines in place. We tried like heck work around them, but respect the decision of treating all 160 teams equally."

Smith said that there is no set timeline in place for an eventual rebranding, and that "now we have time to breathe and see where we go."

"[The rebrand] is on pause, more than it is stopped permanently. It's still on the table, just tabled for now," he said. "Until we have a new name, we're the Staten Island Yankees. We'll have another season as the Yankees, and that will be another season with the Yankees [as Major League affiliate]. We want that affiliation to remain the same forever. There's been some marketplace confusion, that a name change would mean a change in that partnership. But we would never want to do that."

When the five finalists in Staten Island's Name the Team contest were announced in September, a flood of fan commentary ensued. Some were steadfastly opposed to any name change whatsoever, while others were excited to embrace a more irreverent identity (Pizza Rats, in particular, was a distinct favorite among Twitter users).

"It was great to be a discussion point, for all of a sudden everyone to be interested and to have those conversations continually," said Smith. "Part of this process is becoming more relevant. If there's a silver lining right now, then getting our name out there has been an important part of it. I hope people continue to talk about the Staten Island Yankees forever, regardless of the name."