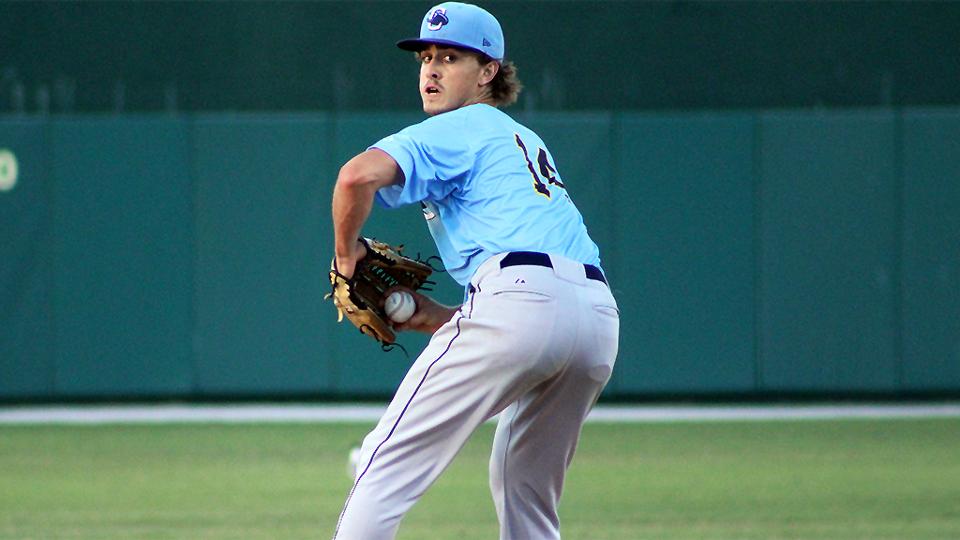 Joe Ryan holds a 1.42 ERA with 112 strikeouts over 82 2/3 innings for the Stone Crabs this season. (Charlotte Stone Crabs)

Joe Ryan wasn't just good on Wednesday afternoon. He was close to being perfect.

The Rays' No. 16 prospect struck out a career-high 13 batters and allowed just one hit over seven innings before Class A Advanced Charlotte bested Bradenton, 2-0, in the eighth frame of a seven-inning game at Charlotte Sports Park.

Ryan fanned the first seven batters of the game before hitting Lucas Tancas with a pitch with one out in the third inning. Following a strikeout of Adrian Valerio, Tancas was thrown out by catcher Joey Roach trying to steal second.

The 6-foot-1 right-hander retired the next 10 batters in a row until Daniel Amaral singled to left with one out in the seventh to break up the no-hit bid. Ryan induced a flyball out from Pirates' No. 19 prospect Mason Martin and then whiffed fifth-ranked Cal Mitchell to end his outing.

With the game scoreless in the bottom of the eighth, Garrett Whitley hit a two-run walk-off homer to give the Stone Crabs the victory. Righty Chandler Raiden (5-3) struck out one in a perfect top of the eighth to earn the victory.