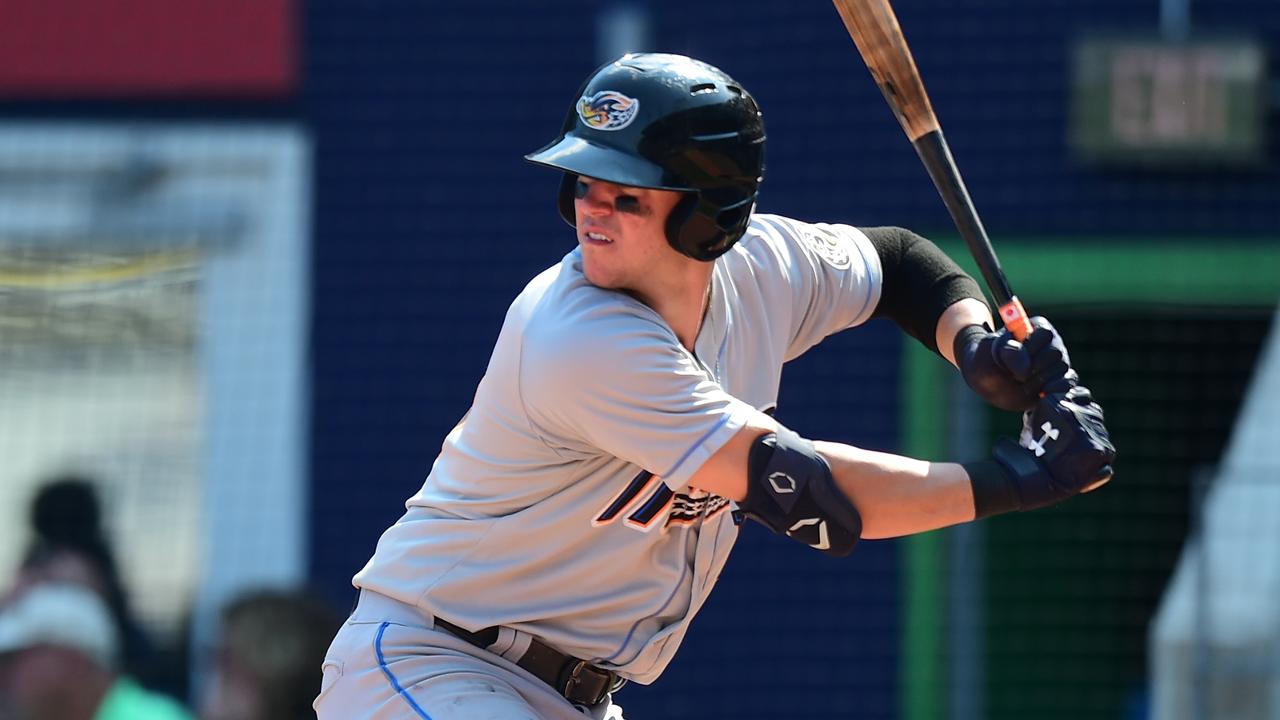 Nolan Jones' express to the hot corner in Cleveland has taken a detour.

The top-ranked Indians prospect will begin rehabilitation this week after the 21-year-old had surgery Wednesday on his right thumb. The club hopes he will be fully healed at the start of Spring Training.

Jones injured the thumb late in the regular season, then aggravated it in the Arizona Fall League. After getting off to a slow start in the AFL, the 2016 second-round pick was awarded the final spot on the Fall Stars East roster after winning an online fan vote. He did not play in the All-Star Game.

MLB.com's No. 37 overall prospect began the season with Class A Lynchburg, where he batted .286/.435/.425 with seven dingers, 48 runs and 41 RBIs. He was tabbed a Carolina League All-Star and promoted to Double-A Akron on July 8 after appearing in the MLB All-Star Futures Game at Progressive Field.

Jones compiled a slash line of .253/.370/.466 with eight long balls, 33 runs and 22 RBIs in the Eastern League. Overall, he tallied 40 extra-base hits and finished third among Indians Minor Leaguers with 81 runs.