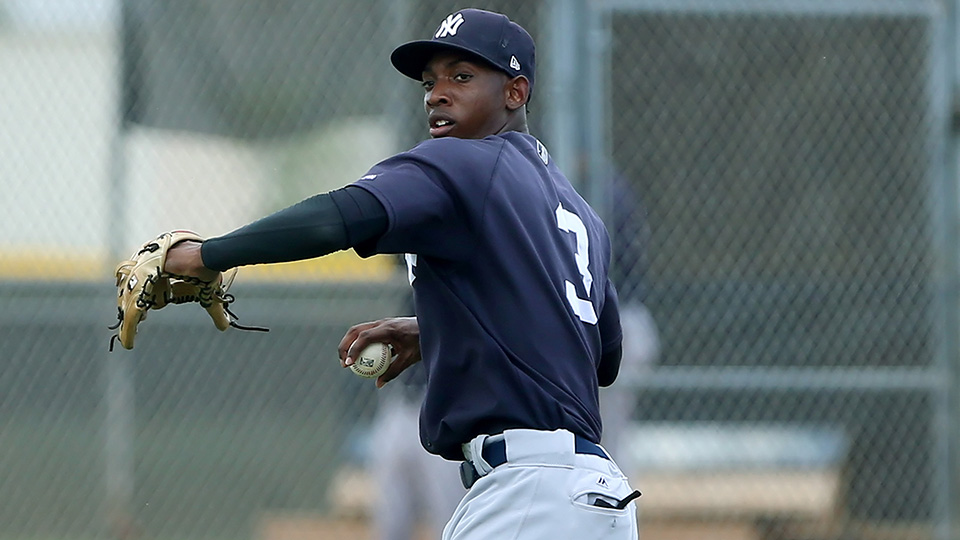 Behind a four-hit, seven-RBI effort from Brayan Jimenez, the DSL Yankees clobbered the Twins, 38-2, at the Minnesota Twins Academy in Tierra Alta. The Yanks are believed to have broken the all-time Minor League record for runs in a game, set by Rookie Advanced Ogden in a 33-10 Pioneer League romp over Helena on Aug. 27, 1995.

Not only did every member of the Yankees starting lineup have multi-hit games, but Nicolas Garcia and Asdrubal Alvarez -- who entered as pinch-hitters after the fourth inning -- posted multi-knock efforts. The squad batted around in five different innings and scored in every frame except for the first, while totaling 31 hits -- 17 for extra bases.

After sending four batters to the plate in the opening frame, the Yankees were virtually unstoppable. Mauro Bonifacio clubbed a two-run homer to center field to get the scoring started and Sergio Vargas added an RBI groundout to cap a three-run second before things started to get out of hand.

The Yankees sent 12 batters to the plate in a nine-run third, highlighted by a two-run tater by Anthony Valenzuela, and never let up.

In the fourth, the Baby Bombers sent 11 men to the plate and put up six more runs, with Vargas and Maikol Escotto smacking back-to-back jacks.

The team had 11 turns at the plate in each of the following three innings and scored five, five and six runs, respectively. The only run the Yankees added in the eighth came on a two-out RBI double by Jimenez.

Escotto walked and Garcia singled to open the ninth before Alvarez launched a three-run roundtripper that capped the onslaught.

The Twins scored both of their runs in the third after a balk by Panacual plated Jose Rodriguez and Rhodery Diaz lifted a sacrifice fly.