Lefty gives up one, punches out double-digits in six innings 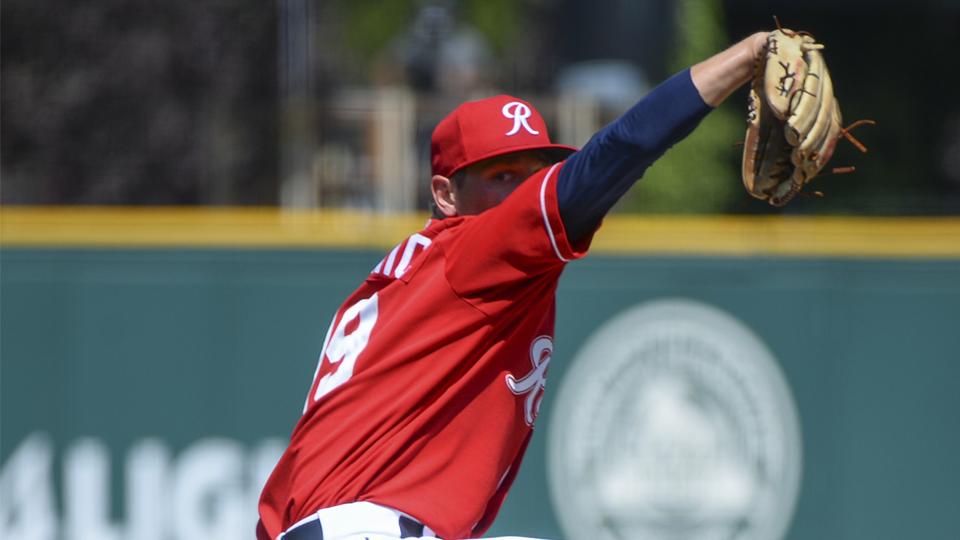 Summerlin, NV - Anthony Misiewicz missed quite a few bats on Saturday, punching out 10 Las Vegas hitters over six strong innings leading the Rainiers to a 3-2 victory over Las Vegas and grabbing his eighth win on the season for Tacoma.

Misiewicz (8-6) surrendered five hits and three walks but allowed just one run in his sixth quality start with the Rainiers. The 24-year-old capped an overpowering month of August with a 3-0 record and a 1.57 ERA in five starts. In five of his last six starts, the southpaw has gone five or more innings and given up one or no runs.

The Rainiers started the scoring in the first inning when Shed Long put Tacoma on the board with a leadoff home run off Grant Holmes.

The Aviators then tied the ballgame at one before the Rainiers came back to re-take the lead in the sixth inning. Tacoma scored on an RBI single off the bat of Jordan Pacheco, bringing the score to 2-1 in favor of the Rainiers.

Tacoma kept Las Vegas off the scoreboard before building their lead to 3-1 in the eighth inning when the Rainiers picked up a run on Eric Filia's leadoff home run off Miguel Romero.

The Rainiers gave up one Las Vegas run in the ninth but Matt Carasiti left the potential tying and winning runs in scoring position to end the game, earning the save.

Ryan Garton was excellent out of the bullpen as well for the Rainiers, throwing one scoreless inning while limiting Las Vegas to one hit, walking none and striking out one.

As a unit, Tacoma scored their three runs on nine hits, four of which went for extra bases, including two home runs. The Rainiers also drew two free passes from Las Vegas pitchers.

The Rainiers continue their series with the Aviators on Sunday at 7:05 PM PDT at Las Vegas Ballpark. Mike Curto will have full coverage on South Sound Talk 850.