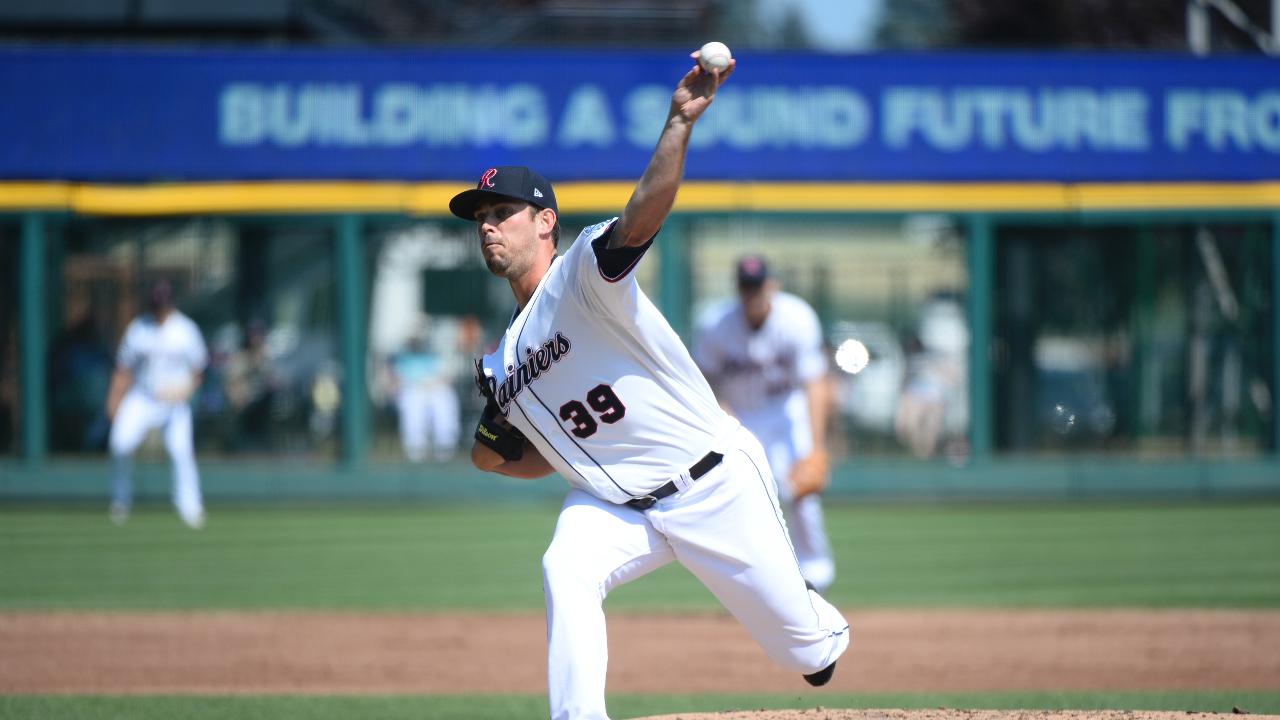 Summerlin, NV - Left-hander Sean Nolin punched out 11 Las Vegas hitters over 4 2/3 innings but the Aviators rallied and defeated the Rainiers on Sunday at Las Vegas Ballpark, 8-1.

Nolin gave up two runs on six hits and two walks in his final start of the campaign. The southpaw had nine strikeouts through the first three frames, and his 11 whiffs are the most in a single game for a Tacoma pitcher since James Paxton accomplished the feat on June 22, 2013 against Fresno.

The lone Rainiers run came on an RBI single off the bat of Jaycob Brugman in the first inning. Tacoma was within a run heading into the bottom of the eighth, but a six-run Las Vegas rally put the contest out of reach.

Eric Filia led the way offensively for Tacoma, going 3-for-4 with a double along with a walk. His three hits improve his batting average to .325 this season. Jordan Pacheco also chipped in for Tacoma, going 2-for-4.

As a collective, Tacoma pushed across their one run in the contest off of eight hits, one of which went for extra bases. The Rainiers also drew five walks from Las Vegas pitchers.

The Rainiers wrap up their 2019 season on Sunday afternoon in Las Vegas at 12:05 p.m. PDT. Right-hander Andrew Moore (0-4) will get the nod in the final contest, and Mike Curto will have full coverage on South Sound Talk 850.