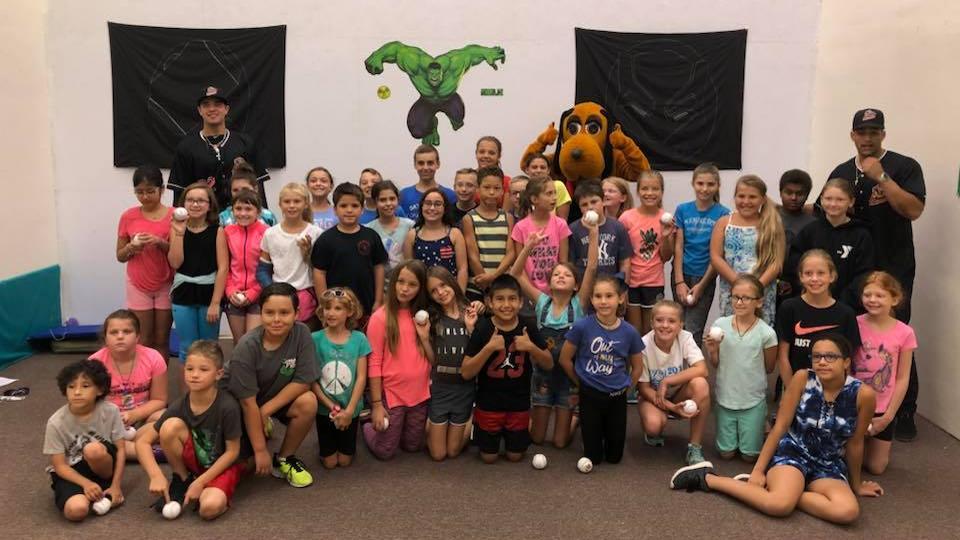 BATAVIA, N.Y. -- Four players from the Batavia Muckdogs began their day by making some new friends.

The GLOW YMCA serves four counties in western New York through the Genesee County YMCA in Batavia, the Wyoming County YMCA in Warsaw, the Orleans County YMCA in Medina, Camp Hough located on the shores of Silver Lake in Perry and a virtual branch beginning to serve Livingston County out of the Village of Geneseo.

Have a picnic at the ballpark

Andrews was the Marlins' 10th-round pick out of Purdue in June and has appeared in eight games this season, seven with Batavia. Reynolds was Miami's fourth-round pick in 2016 while Vallimont was selected in the fifth round this summer from Mercyhurst High School. Baez signed with the Marlins as a free agent last August.