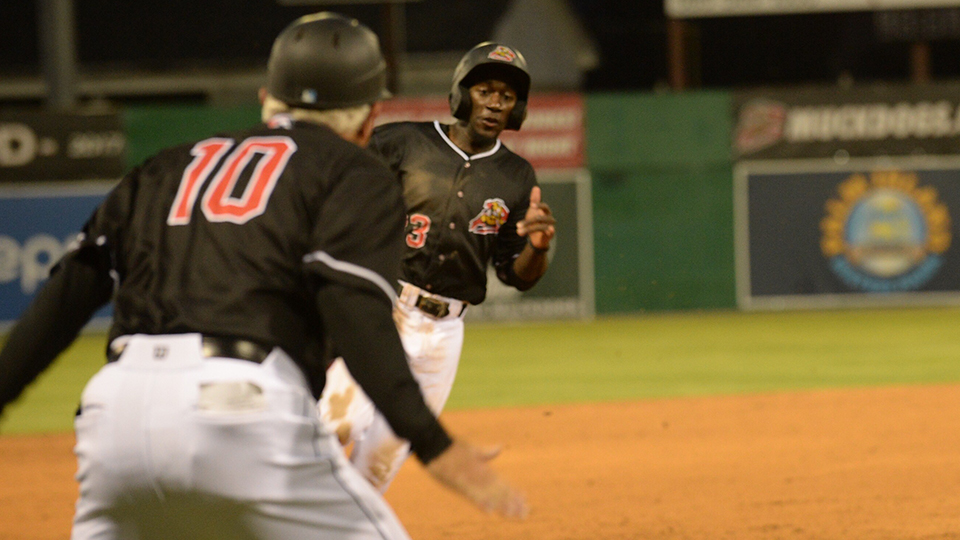 It's fair to wonder whether Milton Smith II can keep hitting at this clip.

The Miami outfield prospect entered Monday as a career .370 hitter, then went 5-for-6 with three runs scored and an RBI as Class A Short Season Batavia routed State College, 14-2, at Medlar Field at Lubrano Park. Smith's five singles marked a career high and boosted his New York-Penn League-leading average to .423.

Smith led off the game with a three-pitch strikeout but wasn't retired by Spikes pitchers again. The 21-year-old he delivered an RBI knock to shortstop against Jacob Schlesener (1-2) in the second inning, then led off with a single up the middle against the southpaw in the fourth.

He hit one to center against Junior Gonzalez in the fifth, and then beat the right-hander in the seventh by sending the ninth pitch of the at-bat to left. Finally, Smith legged out an infield hit on a weak grounder to short in the eighth, this time getting the best of left-hander Hector Villalobos.

That was plenty of support for the Batavia pitching staff. Lefty Eli Villalobos allowed two earned runs on seven hits in four innings. Righty Tyler Kolek struck out one in a perfect inning and righty Jackson Rose (3-1) surrendered just one hit over the final four scoreless innings to earn the win. He struck out five and walked one.