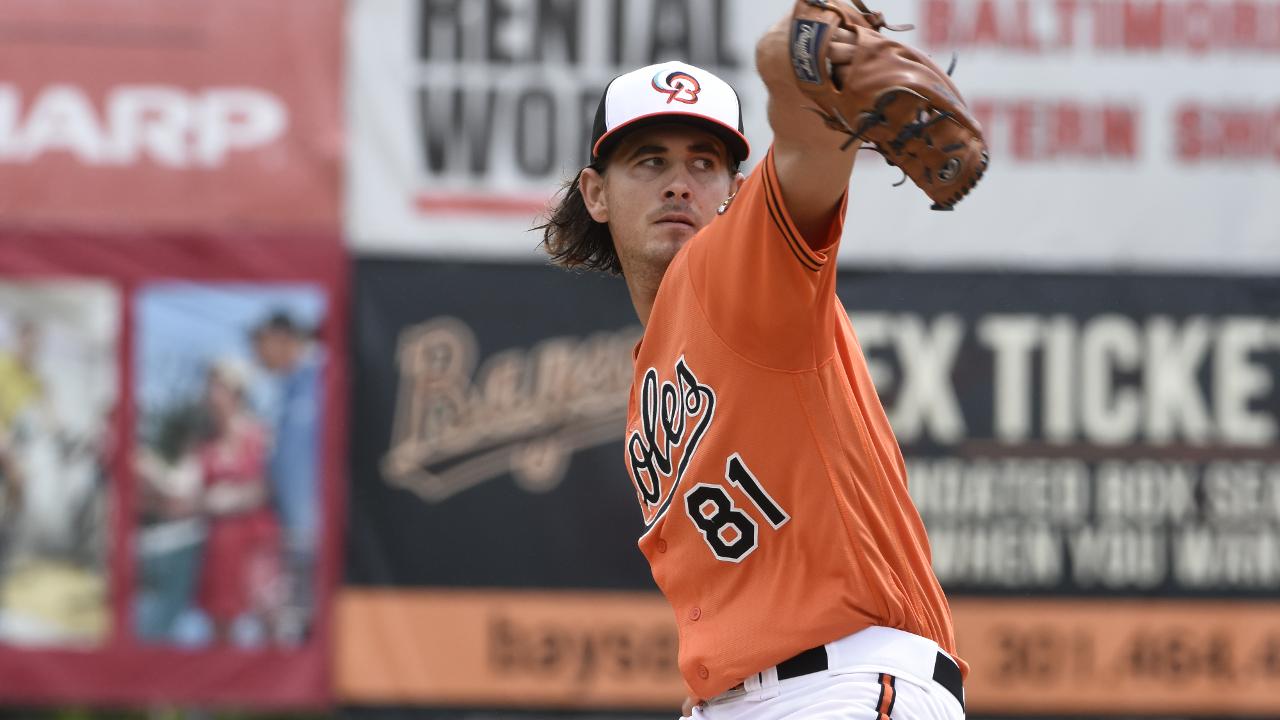 BOWIE, Md. - A shutdown pitching performance led the Bowie Baysox to a 6-0 series-opening win over the New Hampshire Fisher Cats in front of 2,643 at Prince George's Stadium Tuesday night.

Kremer enjoyed his best start of the season to earn his first win. The righty struck out eight Cats, scattering four hits over seven scoreless innings. Kremer retired 10 of the first 11 batters to start the game and struck out the side in the seventh inning to wrap up the evening. Dillon Tate struck out a trio of New Hampshire batters in two perfect innings to complete the shutout.

Bowie (25-37) jumped out to a 1-0 lead, thanks to an all-around 1st inning from Yusniel Diaz. After corralling three fly ball outs in the top of the frame, the right fielder sent a sacrifice fly to center field to score Mason McCoy.

More situational hitting increased the Baysox lead to 2-0 in the third inning. Chris Clare led off with a double and advanced to third on a McCoy groundout to second base. One batter later, Ryan McKenna plated Clare with a sacrifice fly to right field for his 21st RBI of the season.

The hosts doubled their lead to 4-0 with a pair of runs in the sixth inning. Ademar Rifaela sent a two-out double to the left-center field gap, plating McCoy for the designated hitter's 25th RBI of the season. One pitch later, Rylan Bannon drove in a Rifaela on an identical double for his 24th RBI of 2019.

The hosts capped off their balanced offensive performance with a pair of runs in the eighth inning. An error and two walks loaded the bases for Carlos Perez, who used a Baltimore chop down the third base line to score McCoy and McKenna.

The Baysox and Fisher Cats (28-33) continue their lone three-game series in Maryland Wednesday night at 6:35 p.m. LHP Bruce Zimmermann (1-1, 2.85) matches up with RHP Hector Perez (4-2, 5.34) during another Military Appreciation Night, presented by Terminix.