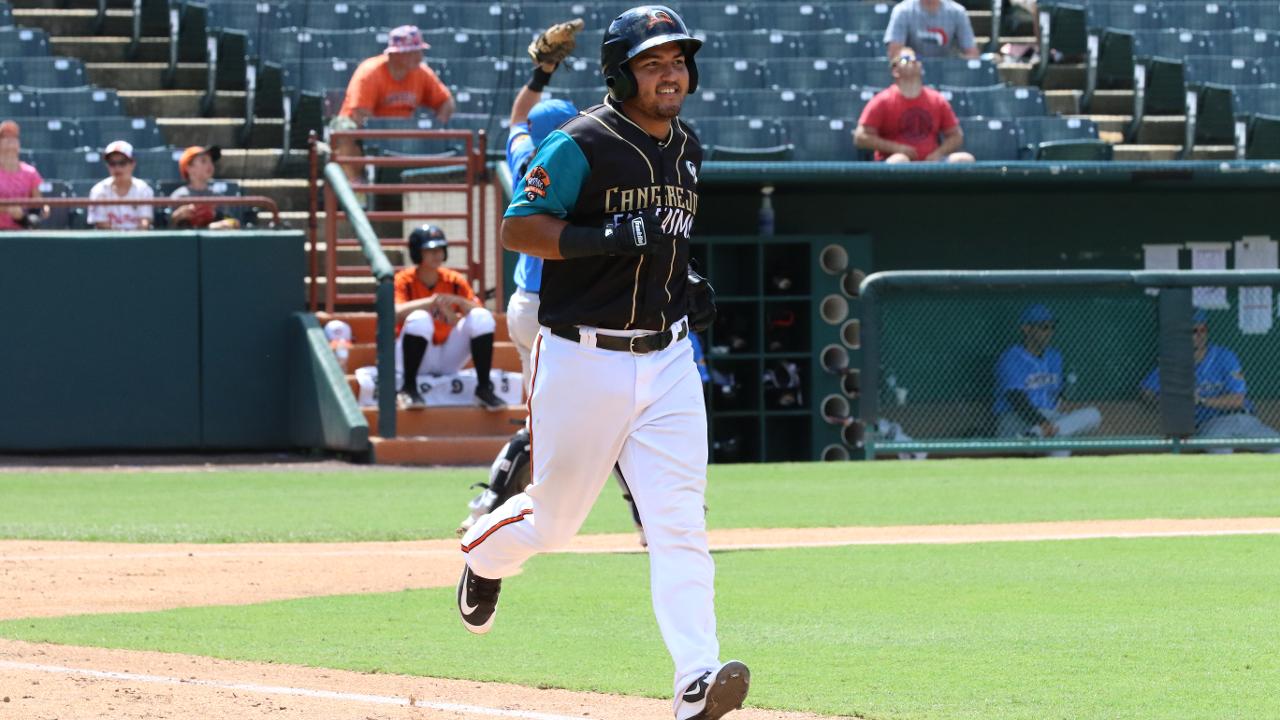 BOWIE, Md. - The Harrisburg Senators took the final game of the 2019 series with the Bowie Baysox, 5-3, in front of 4,564 at Prince George's Stadium Wednesday afternoon.

Harrisburg (8-17) jumped on top in the second inning via a Luis Sardinas sacrifice fly off rehabbing Oriole RHP Nate Karns, but Carlos Perez quickly tied the game to get the starter off the hook. The game's first baseman battled Sens starter Tyler Mapes to a 2-2 count before launching the sixth pitch of the at-bat to the billboards in left-center field for his eighth home run of the game.

The Senators plated four runs in the top of the fourth inning, but the Baysox (20-6) refused to go away in the bottom of the fifth inning. A single, two walks and a fielder's choice loaded the bases with two outs for Mason McCoy, who chopped a two-run single off Mapes and into center field. Jesmuel Valentin and Willy Yahn scored, cutting the deficit to 5-3.

Bruce Zimmermann allowed two earned runs in four innings during a rare relief outing, while Cody Sedlock made his Double-A debut by tossing three scoreless frames. The righty walked three batters, including two to lead off the eighth inning, but bounced back to record two of his four strikeouts to help escape the jam.

The Baysox continue their weeklong homestand with the first home series against the Altoona Curve, Double-A Affiliate of the Pittsburgh Pirates. RHP Dean Kremer (5-4, 3.76 ERA) takes the bump for the first of four against Curve RHP Cody Bolton (0-1, 7.53 ERA).

Thursday night is Impov Comedy Night at the stadium, with Annapolis Free Range Comedy performing throughout the game. It is also another Baysox LIVE! Happy Hour, with $2 drink specials in the Bud Light Picnic Area.