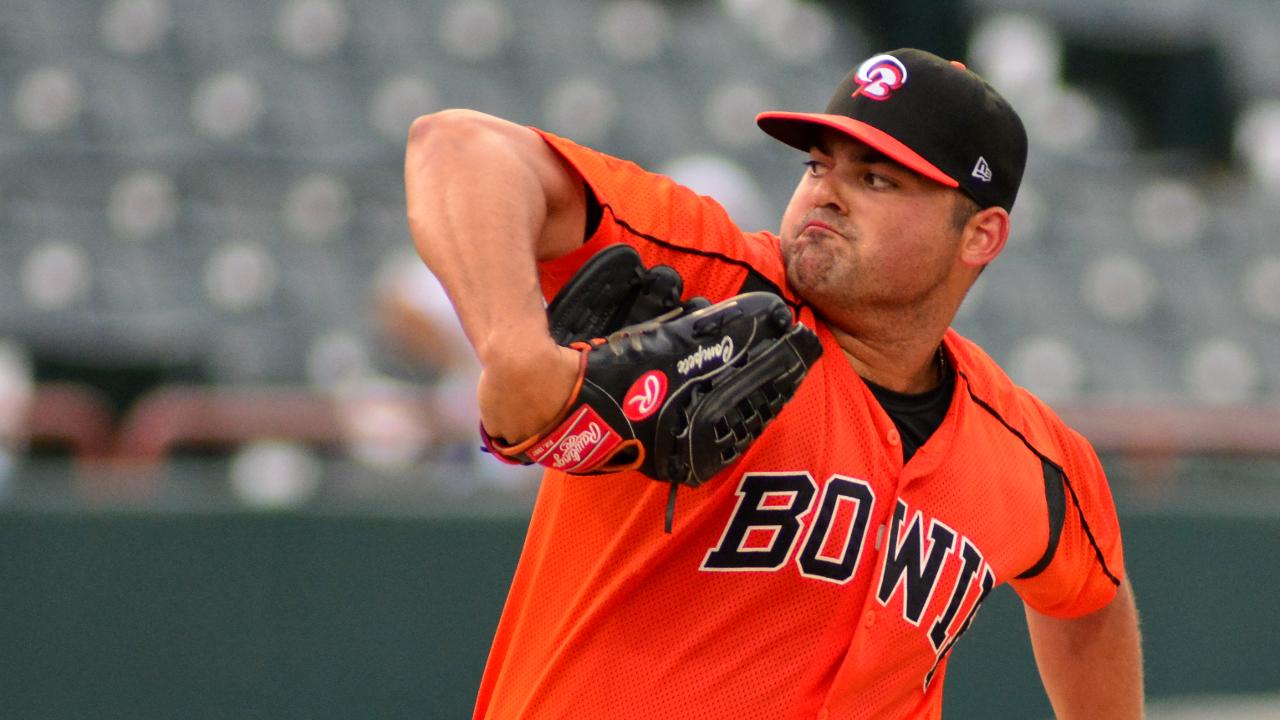 BOWIE, Md. -- Brian Gonzalez led a stalwart pitching performance as the Bowie Baysox evened the three-game series with a 2-1 win over the Erie SeaWolves in front of 7,663 at Prince George's Stadium Saturday night.

The Bowie starter tossed a second straight quality start for his third consecutive win and fifth in last six outings. The lefty held an Erie offense that scored 10 runs the night before to a single run on seven hits over six innings, striking out six SeaWolves. LHP Chris Lee entered in the seventh inning and allowed one hit over two scoreless innings, while RHP Branden Kline completed a 1-2-3 inning to earn his 14th save of the season.

Gonzalez evaded potential jams all night. The Wolves (61-70) put two runners in scoring position with one out, but a Josh Lester strikeout and a Isaac Paredes pop-up kept the guests off the scoreboard. Erie loaded the bases in the sixth inning, but the South Florida native struck out Will Maddox on a ball in the dirt to complete his outing.

Offensively, the Baysox (62-67) cashed in and took an early 2-0 lead in the first inning. Aderlin Rodriguez snapped an 0-for-13 skid by lining a two-run double down the left field line, scoring Ryan McKenna and Corban Joseph to give the cleanup hitter 82 RBI in 2018. Rodriguez finished the night with three hits in four at-bats-his fifth such game of the season. Ryan Mountcastle had himself a two-hit night, while Rylan Bannon extended his hitting streak to five games.

The final showdown between the Baysox and SeaWolves gets underway at 1:35 p.m. ET, when RHP Dean Kremer looks for consecutive win No. 2 against Erie RHP A.J. Ludwig. Sunday afternoon is the final Characterpalooza of the season. Kids can meet Disney Channel's Vampirina and Nickelodeon's Shimmer & Shine on the concourse before and during the game.