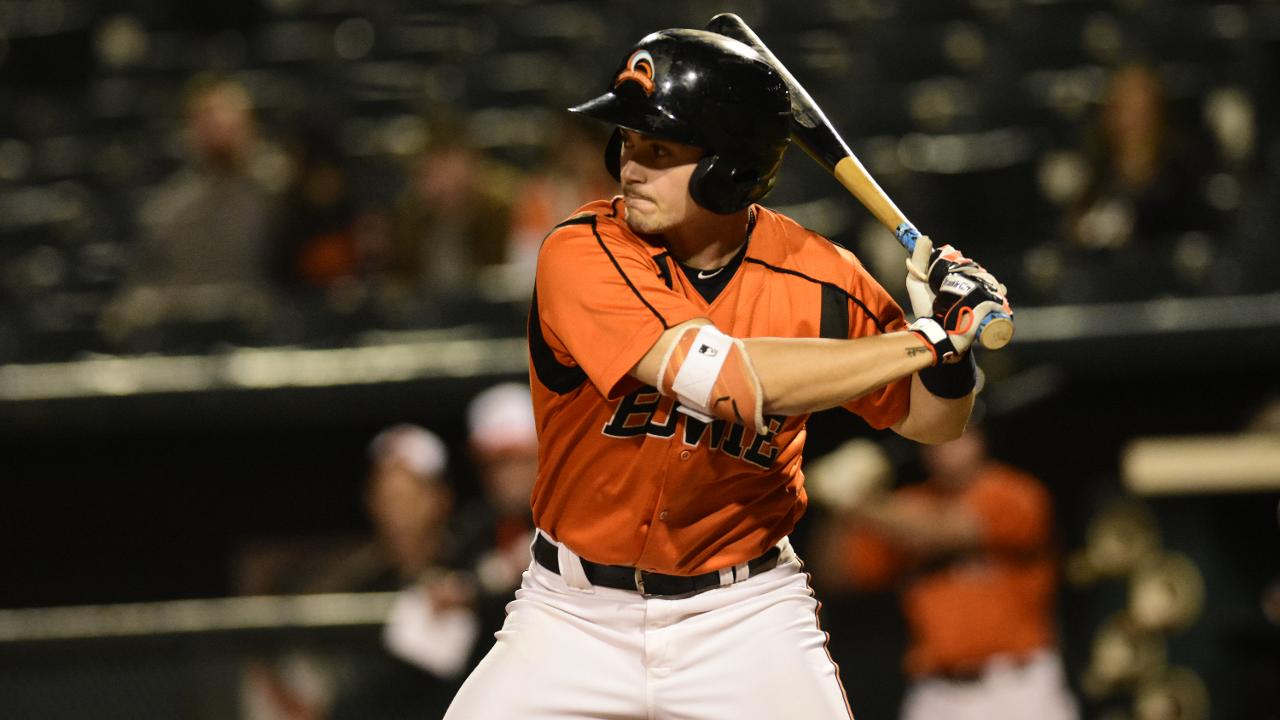 BOWIE, Md. - Preston Palmeiro's RBI triple fueled a 5-3 win for the Bowie Baysox over the Harrisburg Senators in front of 1,740 at Prince George's Stadium in Game One of the 2019 Western Conference Championship Series.

The hosts jumped on top early with a run in the first inning. A single, a walk and a Tyler McGowin wild pitch put a pair in scoring position for Carlos Perez, who lifted a sacrifice fly to the wall in deep center field to easily score Ryan McKenna.

Harrisburg took their first lead with a pair of runs in the sixth inning, but Yusniel Diaz responded two pitches into the bottom half of the frame. The designated hitter took McGowin deep to left field for the first home run of the postseason, tying the game at 2-2.

With the contest tied entering the eighth inning, Palmeiro came through with his second eighth-inning clutch hit of the week. After giving Bowie the lead in the series opener in Richmond Friday night, the first baseman flared a triple down the right field line past a diving Rhett Wiseman.

Jesse Valentin scored the go-ahead run and Palmeiro scored one batter later on a T.J. Nichting sacrifice fly to center field off reliever Jhonatan German. After a Cedric Mullins walk and a wild pitch, McKenna grounded a RBI single to left field for the inning's third run.

The Diaz long ball took starter Michael Baumann off the hook. The righty allowed a pair of runs on three hits with six strikeouts in five innings--the first hits and runs recorded by Harrisburg in three appearances the Baumann.

Zach Muckenhirn tossed a pair of scoreless innings, leaving the bases loaded in the sixth inning. Luis Gonzalez earned the win by tossing a scoreless eighth inning, while Cristian Alvarado completed his first postseason save.

Game two of the best-of-five features a pair of right-handers as Bowie's Tyler Herb gets the ball against Andrew Lee and the Senators at 7:05 p.m.