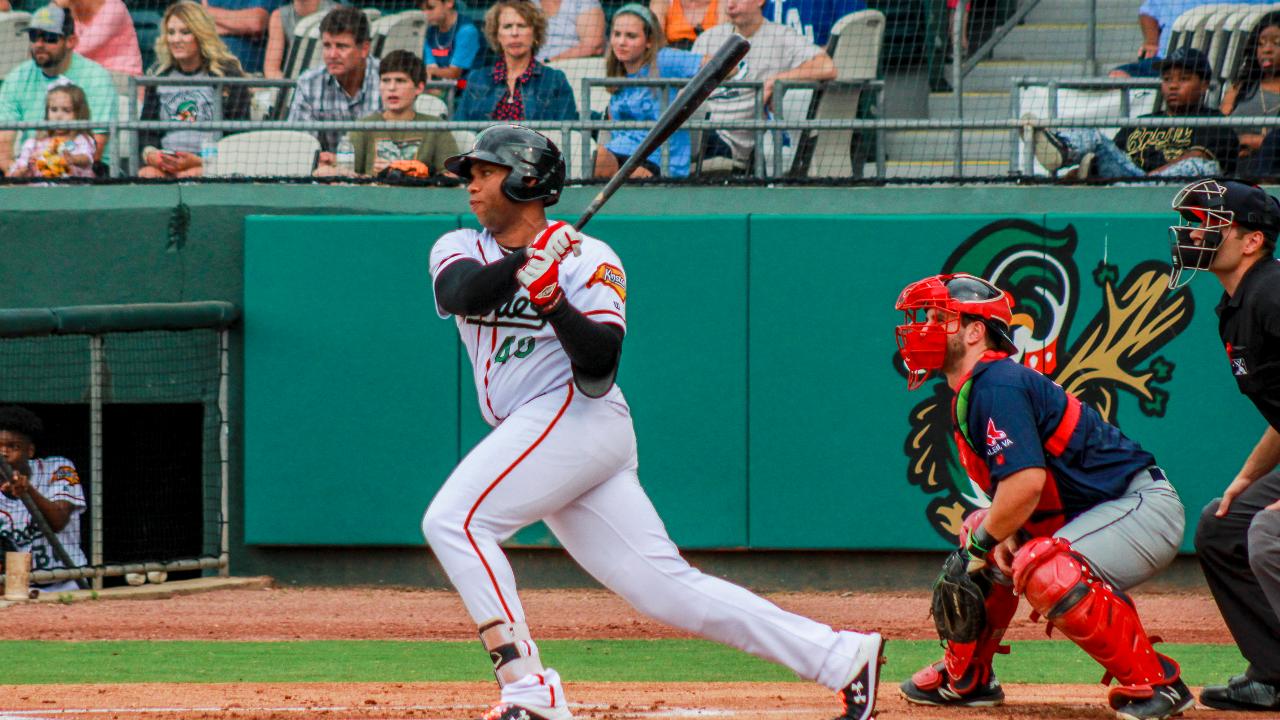 Kinston, N.C. - Tim Brennan was strong for the Wood Ducks in his Carolina League debut, Wednesday, allowing just one earned run in five innings, to lead the Woodies past Lynchburg, 5-2.

The Wood Ducks jumped on the board in the first inning against Evan Mitchell (loss, 2-1). Julio Pablo Martinez led off the first by beating the shift on a ground ball through the left side. He stole second, and then advanced to third on a wild pitch, on which Josh Altmann worked a walk. Diosbel Arias followed with an RBI groundout to plate Martinez for the 1-0 lead, and then Curtis Terry ripped an RBI double down the left field line to make it 2-0.

Down East would add on a run in the third inning when Martinez opened the frame with a walk and came into score on a RBI single from Terry later in the inning to make it 3-0.

Lynchburg plated their only two runs of the contest in the fourth. Oscar Gonzalez led off the inning with a single to left, and Will Benson followed with a double into right. Gavin Collins plated Gonzalez with an RBI groundout, and then Benson scored on a fielding error one batter later, cutting the lead to 3-2.

Brennan (win, 1-0) worked five innings, giving up just two runs (one earned) on six hits. He struck out one, did not walk a batter and got ten ground ball outs in the ballgame, including a trio of double-play balls.

Down East pushed the margin back to three in the fifth. Eric Jenkins singled up the middle to lead off the inning, and then Martinez followed with an RBI double to deep center. Later in the inning, Yanio Perez lined a two-out single through the left side to plate Martinez, and put the Woodies up, 5-2, chasing Mitchell from the contest.

The score would remain that way for the duration for the contest. Josh Advocate came out of the bullpen and fired three scoreless innings, retiring nine straight after a leadoff single in the sixth. Joe Kuzia (save, 11) then came on for the ninth and struck out two, in a scoreless inning, to remain perfect in save opportunities this year.

The Wood Ducks and Hillcats play the middle game of the three-game series, Thursday, when Down East sends lefty Sal Mendez (5-0, 2.22) to the mound to face off with fellow lefty Kirk McCarty (2-2, 4.74) for Lynchburg. It's Thirsty Thursday at Grainger Stadium, featuring $1 Busch Light and Natural Light, sponsored by Budweiser. First pitch is set for 7 p.m. and the broadcast will begin at 6:50 p.m. on 960AM The Bull, and online on 960thebull.com as well as on the MiLB First Pitch and TuneIn Radio Apps. For tickets and more information visit woodducksbaseball.com or call (252) 686-5172.