Record Crowd Packs Parkview Field on the Fourth of July 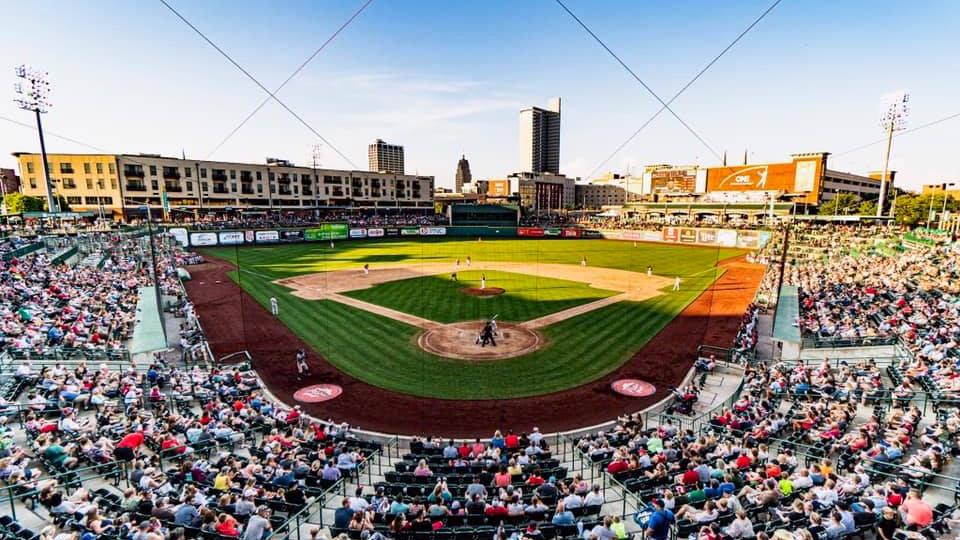 On a 93-degree night in the Summit City, both starters brought the heat. Sam Keating equaled his longest start of the season for the TinCaps (4-10, 37-45), going seven innings and allowing just four hits. Lake County (9-5, 49-34) scored three runs off of Keating during his seven innings of work, yet none of the runs were earned. Two errors by Fort Wayne helped contribute to the Captains' scoring cause.

Zach Draper was stellar in his start for Lake County, tossing six scoreless innings with three strikeouts and zero walks while allowing four hits. The 24-year-old threw 93 pitches, his longest start of the season in terms of both innings thrown and pitch count.

After the Captains scored again in the top of the eighth to make it 4-0, the TinCaps finally answered back. First, Jawuan Harris , Xavier Edwards and Blake Hunt walked to load up the bases with one out. Then, Dwanya Williams-Sutton brought home a run with a fielder's choice groundout. The outfielder has an RBI in each of his last three home games.

Lake County held Fort Wayne off the board with a 1-2-3 ninth inning to secure its second win in as many nights over the TinCaps.