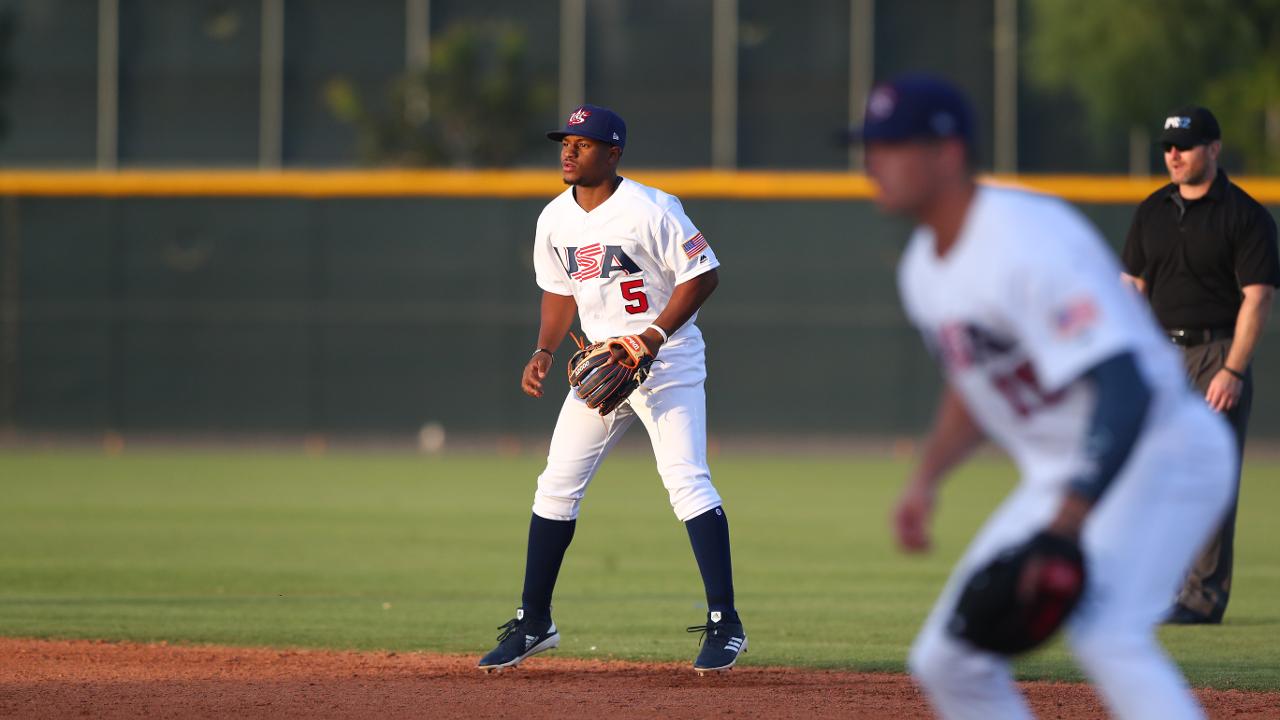 FORT WAYNE, Ind. - After a hiatus the past two Summer Olympics, baseball will be back for the 2020 Games, and several recent TinCaps are set to help their countries vie for bids to Tokyo.

Six national teams will compete for gold next year. The host, Japan, is an automatic qualifier. Additionally, Israel earned a spot in September, winning a tournament for African and European countries. So there are still four vacancies for next year's bracket and two will be claimed this month.

The 2019 World Baseball Softball Confederation (WBSC) Premier12 is an international tournament that begins Saturday, Nov. 2. The 12-team field is divided into three groups of four.

Four players and one coach with TinCaps experience are among those in the event. Infielder Xavier Edwards , 20, is the youngest member of USA Baseball's roster. Edwards was a Midwest League All-Star for the TinCaps in 2019, as was right-handed pitcher Henry Henry , who is with the Dominican Republic. Fellow 2019 TinCaps righty reliever Franklin Van Gurp is on the roster for the Netherlands, while 2009 TinCaps first baseman Matt Clark is with Mexico. Michael Collins, who managed the 'Caps in 2014, is a coach for Australia.

The rosters are primarily composed of Minor League Baseball players and players from professional leagues around the world, though there are some players with MLB experience, including USA catcher Erik Kratz and pitcher Clayton Richard. Many former big leaguers are serving as coaches, such as Larry Walker (Canada) and Andruw Jones (Netherlands), as well as USA manager Scott Brosius and bench coach Willie Randolph. (Joe Girardi was originally Team USA's manager before stepping down in pursuit of a major league managerial job.)

USA is in Group A with Mexico, the Netherlands, and the Dominican Republic, playing in Guadalajara, Mexico. The Americans begin action on Saturday afternoon against the Dutch. Opening round play goes through Friday, Nov. 8.

Two of the four teams in each pod will advance to the Super Round in Japan that culminates with the championship final on Sunday, Nov. 17. Teams that don't qualify for the Olympics via Premier12 will still have a chance to grab one of the final berths in March, when there will be one qualifying tournament in Arizona and another in Taiwan. The 2020 Olympics are scheduled from July 24-Aug. 9.

We see you Henry Henry 🔥 pic.twitter.com/7Th5R8cjXV

At 29, manager Michael Collins is the youngest to ever lead the franchise. Find out more about the team&#39;s new skipper http://t.co/mBhr3OH0TU