No. 93 overall prospect has been a force for Hillsboro at just 18 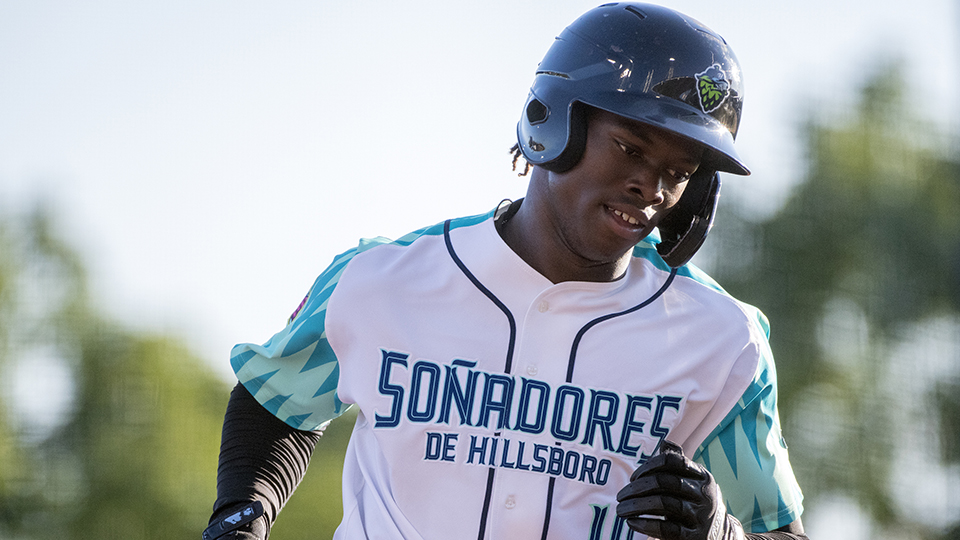 Kristian Robinson's big season has already pushed him into MLB.com's Top-100 prospect ranking. Now, it's earned him an All-Star spot as well.

The No. 93 overall prospect highlights the 2019 Northwest League All-Star roster released by the Class A Short Season circuit Wednesday afternoon. The Hillsboro outfielder will lead an NWL squad that will face the Pioneer League's finest on Aug. 6 at Boise's Memorial Stadium.

Robinson, ranked as the No. 3 prospect in the D-backs system, was named one of the NWL's three starting outfielders, thanks to a strong first half for the Hops. The 18-year-old, right-handed slugger ranks second in the league in both home runs (nine) and OPS (.966), places fifth in average (.321) and is tied for sixth in stolen bases (10) through 41 games. He also has four outfield assists while splitting time between center and right.

Signed out of the Bahamas in July 2017, Robinson has shown impressive power early in his career but has broken out in that category this summer. His slugging percentage alone has jumped from .428 over 57 games last season between the Arizona and Pioneer Leagues to its current .571. He is also considered to have above-average running, throwing and fielding tools.

Four other ranked prospects were named NWL starters Wednesday. No. 13 D-backs prospect Luis Frias was tapped as the starting pitcher after leading the league with 72 strikeouts and ranking second with a 1.99 ERA over 49 2/3 innings. Giants No. 20 prospect Ricardo Genoves gets the start at catcher, while Salem-Keizer teammate and 18th-ranked Franklin Labour, who leads the league with 14 homers and a 1.022 OPS, takes one of the other two outfield spots. No. 10 Cubs prospect Chase Strumpf will start at second base, two months after Chicago took him in the second round.

The full Northwest League All-Star roster will be updated as additions are made due to promotion or injury. The Pioneer League announced its All-Star roster earlier today.