Braves' Waters rolls to Player of the Week 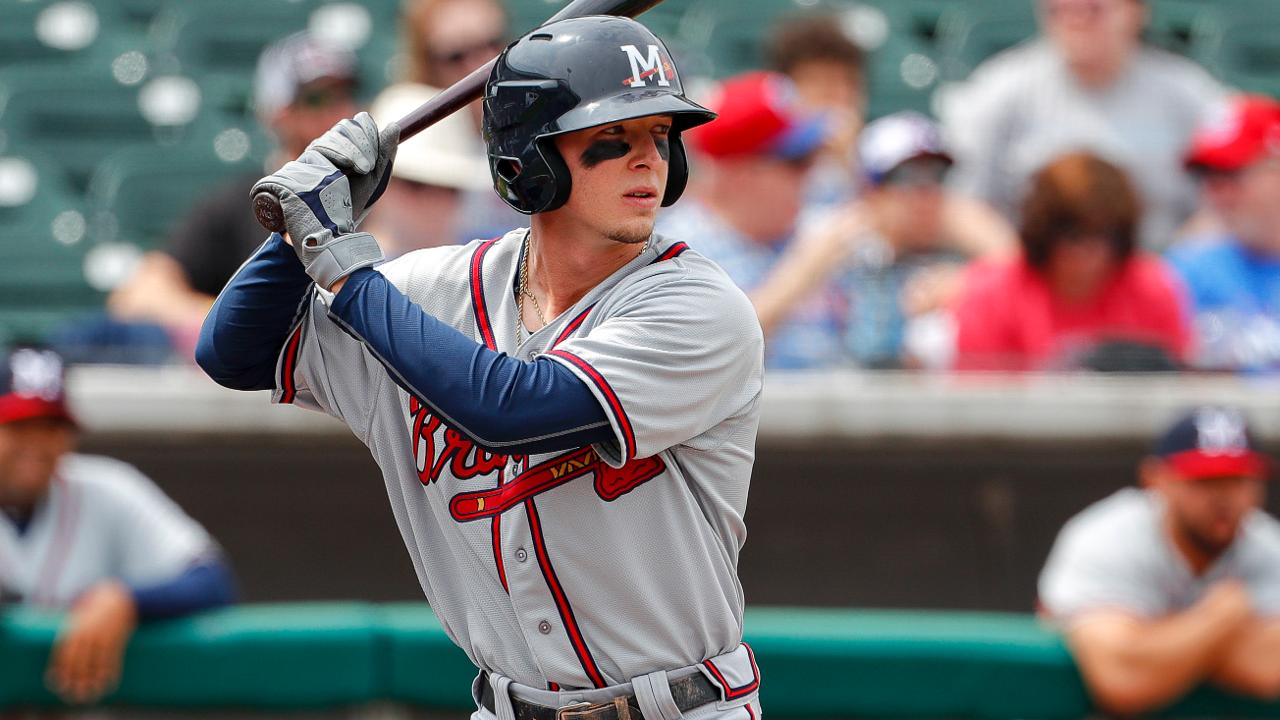 A second-round pick in 2017, Drew Waters has collected 27 multi-hit games this season in the Southern League. (Danny Parker/MiLB.com)

Drew Waters had heard how difficult the jump to Double-A could be, so coming into this season, he hoped he'd still be able to hit at a high level against stiffer competition. But keeping his offseason tweaks in mind, he's allaying his own fears and breaking through with some gaudy numbers.

This Spring Training, Waters worked with Braves hitting coach Kevin Seitzer on bending his knees more at the plate. Getting comfortable in that stance, Waters began his first stint at the Double-A level with a bang, hitting .319 in April before holding a .288 average in 29 May contests. And the 20-year-old hasn't regressed in June. In fact, Waters has only gotten better with a .460/.507/.794 slash line and 13 extra-base hits.

This past week was a culmination of what's been his best offensive season to date in the Minors. He hit safely in all nine games he played in, collecting five multi-hit contests in this stretch. He's currently riding a 10-game hitting streak during which he's racked up 31 total bases.

Before this year, Waters admittedly didn't have too many sliders thrown his way. But when teams consistently threw the breaking stuff at him, he realized he needed to adjust to what the league was doing. So in working with Mississippi hitting coach Carlos Mendez, Waters is utilizing his lower half and hitting the slider for essentially the first time in his career.

"That's pretty much it, taking what we do before the game into the game," Mendez said of Waters. "He looks to hit with the fastball, but when they make a mistake with the breaking ball, that's a pitch he gets a chance to hit. ... He's really taking advantage of that and putting some really good at-bats together with two strikes."

With this adjusted approach, Waters feels he's cut down on swings and misses, especially lately. After whiffing 39 times in May, he's lowered that number to 14 strikeouts in 17 contests this month.

"It was early in the season and I was talking to my brother," Waters said. "He said, 'You don't realize but your batting average on balls in play this season is like .450. So if you put the ball in play, the odds are in your favor.' I would treat two strikes like it was 3-0 and if I struck out I struck out. Now with two strikes, I feel like my focus multiplies and I lock in."

On Friday, the switch-hitting outfielder put it all together for one of his best offensive performances of the season. Facing Mobile, Waters came through with a 4-for-5 game, driving in two runs while falling a triple shy of the cycle. With the game tied in the seventh inning, Waters smacked a two-run homer to put the Braves up for good.

But it wasn't just his noteworthy performance on Friday that stood out to Mendez. Waters also smacked two singles Sunday against No. 21 Angels prospect Jesus Castillo, who holds a good sinking fastball with nifty secondary options.

"Double-A is different than A-ball, but he's growing every day," Mendez said. "He doesn't stop surprising me. He impresses me every day with the way he plays the game and the way he works. His dedication is pretty impressive."

Before this season, MLB.com's No. 59 overall prospect didn't have a four-hit game to his name. Waters now has amassed three four-hit contests this year, two of which have come in June.

With such solid games at the plate this year, it comes as little surprise that Waters leads the Southern League with a .338 average, .535 slugging percentage, .916 OPS, 42 runs scored, 23 doubles, eight triples, 147 total bases and 93 hits.

"It's a lot of fun. I hear a lot of guys say Double-A is the hardest jump from [Class A Advanced]," Waters said. "So going into the season, I knew I was going to Double-A, and I was like, 'Oh gosh, I hope I can compete up here.'

"Double-A pitching is really good pitching. And to sit back and see what I've been able to do at the plate is satisfying and it makes me happy knowing that all the work I put in the offseason paid off."

Below is the complete list of Minor League Offensive Players of the Week for June 10-16: