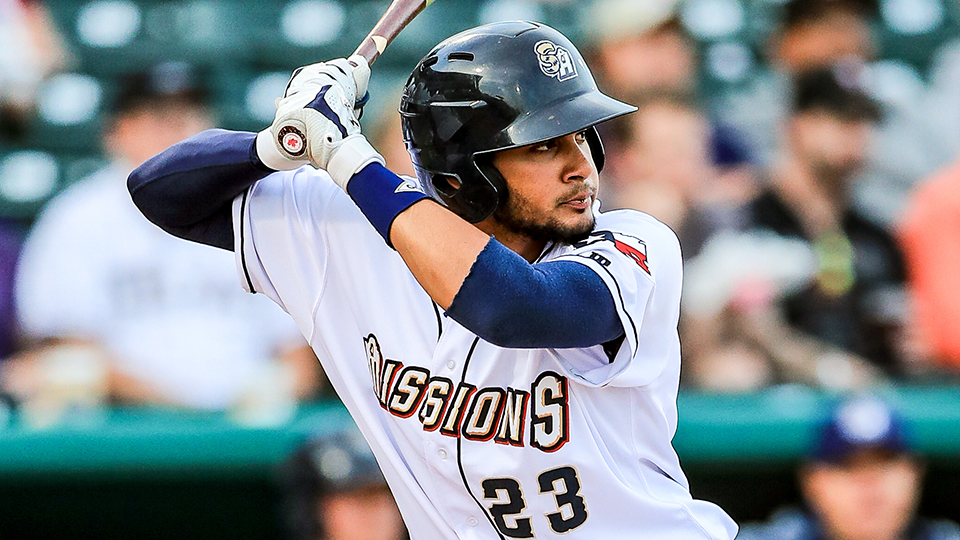 One of nine Missions players on the South roster, Fernando Tatis Jr. is 10th in the Texas League with an .876 OPS. (Ozzy Jaime/MiLB.com)

Paraphrasing a popular song, the stars will indeed be big and bright at this year's Texas League midsummer classic.

Fernando Tatis Jr., MLB.com's No. 6 overall prospect, and Jesus Luzardo (No. 31) highlight the league's selection of 2018 All-Stars, announced Wednesday. The game will be held June 26 at 8:15 p.m. ET at Security Bank Ballpark -- home of the Midland RockHounds -- and streamed live on MiLB.TV.

Tatis, the top-ranked Padres prospect, leads a group of a league-high nine players from San Antonio. The 19-year-old shortstop started the first month of the season in a cold spell but has since turned it around in a big way. Since May, Tatis is batting .342 with eight homers among 25 extra-base hits. For the season, Tatis now has a solid .280/.357/.510 line with 11 homers and 33 RBIs. Joining him from the Missions will be Austin Allen (the circuit's leader in slugging percentage), Josh Naylor, Cal Quantrill, Logan Allen (second in the league in ERA), Brad Wieck, Rowan Wick, River Stevens and Ty France.

Corpus Christi's Randy Cesar (Minors-leading 34-game hitting streak), Taylor Jones and Myles Straw -- who are the top three hitters on the circuit -- will also be part of the South's starting lineup.

Luzardo anchors a South staff that also includes Cionel Perez (Astros' No. 6). Since a promotion from the California League in late April, Luzardo has done more than hold his own with a 3-3 record, 3.80 ERA with 54 strikeouts in 42 2/3 frames.

On the North side, No. 44 overall prospect Keibert Ruiz has been penciled in as the starting backstop. Along with his 55-grade fielding tool, Ruiz has hit .250 with six homers and 19 RBIs for Tulsa. A switch-hitter, Ruiz has slugged .397 from the left side of the plate this season.

Frisco's Richelson Pena, who is the league leader with a 2.52 ERA, could be a candidate to start the contest for the North.

The complete North Division and South Division rosters can be found at those links. Rosters will be updated there as additions are made due to promotion or injury.