Lots of deals cooking across the baseball landscape 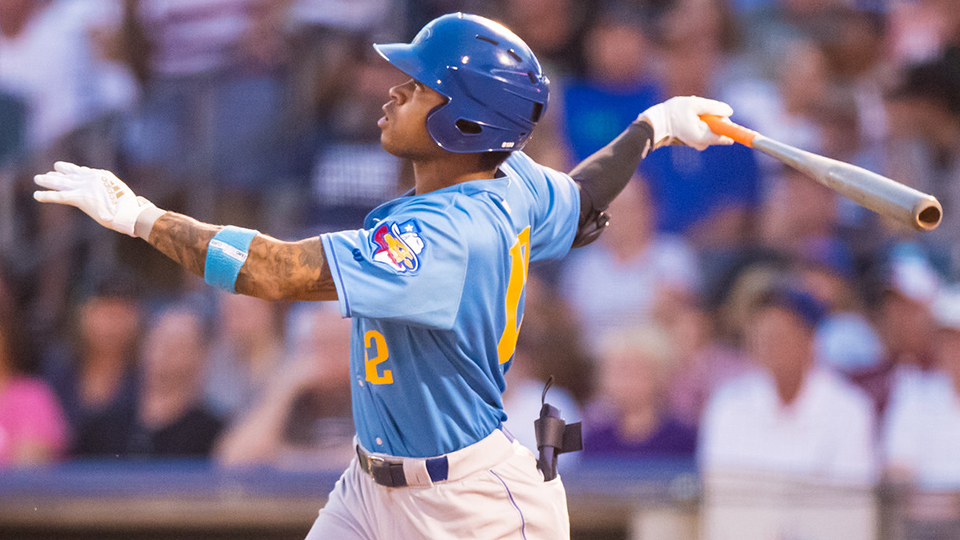 With the Winter Meetings underway, the action on the Hot Stove is boiling over. Here's a roundup of the deals involving Minor Leaguers that have taken place over the past week. Check back for all the latest news.

Athletics pick up Reed as player to be named later

The A's received No. 25 Padres prospect Buddy Reed from San Diego to complete a Dec. 2 trade, Oakland announced. The original deal sent infielder Jurickson Profar to the Padres and catcher Austin Allen to the A's.

Reed earns plus-plus grades for his speed and is a gifted outfielder with both a strong arm and great range. He stole 23 bases for Double-A Amarillo in 2019 and notched 18 assists across all three outfield spots, though he focused primarily on center.

The 2016 second-rounder has been less successful at the plate -- both his hit and power tools are considered below-average. The 24-year-old switch-hitter hit just .228/.310/.388 with 14 homers in 121 Texas League games last season. Ten of those 14 homers came in Amarillo's hitter-friendly ballpark, and his .179/.267/.282 line on the road only highlights the overall offensive issues.

Given the elite nature of his other tools, Reed still has a Major League future, but he'll have to improve offensively to be more than a fourth-outfielder candidate in the Oakland system. The former Padre went unprotected and unpicked in Thursday's Rule 5 Draft, allowing him to be picked up by the A's.

Rangers steel themselves for Walker

Former sixth-ranked White Sox prospect Steele Walker was picked up by Texas in a deal for Major League outfielder Nomar Mazara, according to MLB.com. The 2018 second-round pick batted .284 with 10 homers, 65 runs and 62 RBIs between Class A Kannapolis and Class A Advanced Winston-Salem this year.

Walker was named an MiLB.com White Sox Organizational All-Star in October after scooping up two Carolina League Player of the Week honors during the season on June 16 and Aug. 4. He also was chosen for the Carolina League end-of-season All-Star team.

Walker, who hails from Prosper, Texas, was assigned to Double-A Frisco.

The Giants acquired 2019 first-rounder Will Wilson and Major League infielder Zack Cozart from the Angels for southpaw Garrett Williams, San Francisco's former No. 29 prospect. Wilson moved into the No. 10 spot with the Giants. Complete story

The Mariners acquired No. 24 Brewers prospect Adam Hill and a Draft pick in a deal that sent Major League catcher Omar Narvaez the other way. Complete story