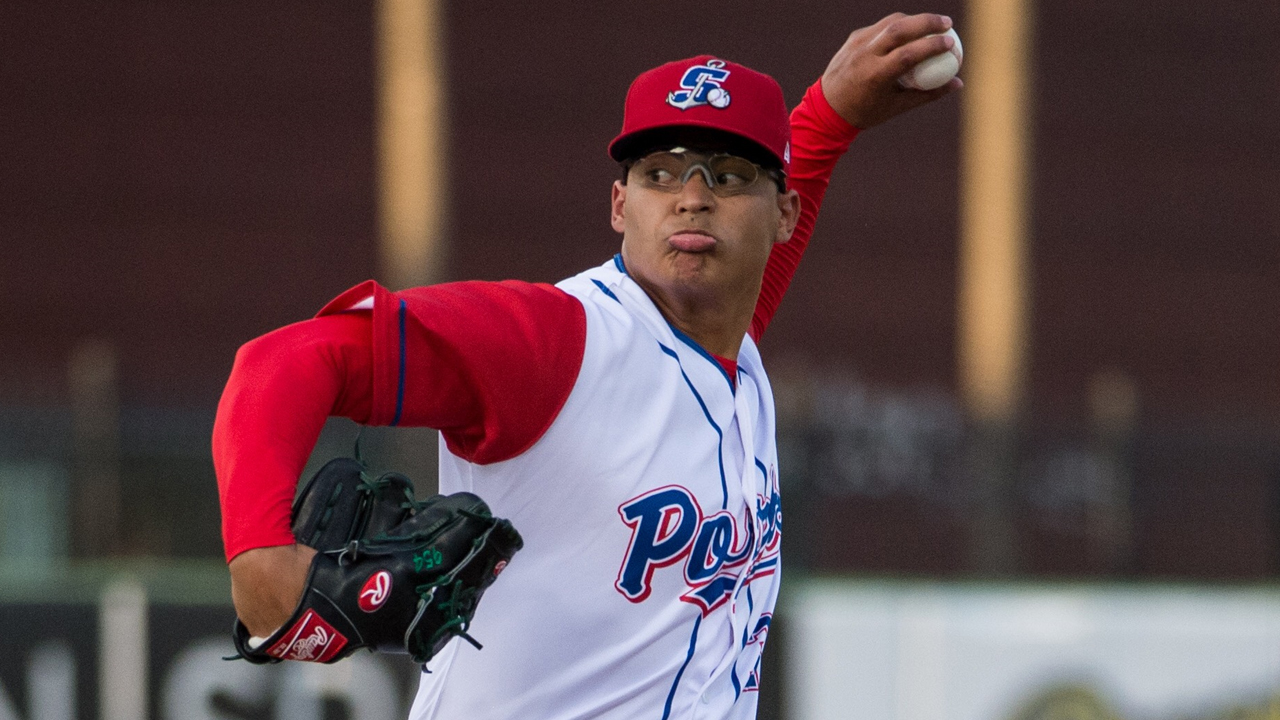 Jesus Luzardo made his season debut with Class A Advanced Stockton on June 11. (Megan Camino/Stockton Ports)

Jesus Luzardo is back on the shelf.

One night after leaving his start with Triple-A Las Vegas after four innings, the top A's prospect will be out indefinitely with a Grade 2 strain of his latissimus dorsi muscle, the team announced Wednesday.

Video: Stockton's Luzardo strikes out the side

According to the A's, the injury is unrelated to a muscle strain Luzardo suffered during Spring Training that pushed back his season debut to June 11. MLB.com's No. 15 overall prospect started the campaign with Class A Advanced Stockton and went 1-0 with a 1.29 ERA over seven innings in two appearances before being promoted to Las Vegas.

With the Aviators, Luzardo posted a 3.65 ERA to with a 1-0 record in three starts, allowing five runs across 12 1/3 innings. On Wednesday against Reno, the left-hander gave up one run on two hits and five strikeouts but did not come out for the fifth, despite having thrown only 45 pitches. The A's said his departure was due to tightness in his left lat, and a subsequent MRI in Las Vegas revealed the strain.

A third-round pick of the Nationals in 2016, Luzardo was traded to Oakland as part of the deal that sent big league relievers Sean Doolittle and Ryan Madson to Washington in July 2017. In three professional seasons, the 21-year-old is 14-6 with a 2.56 ERA in 40 games, including 37 starts, with 202 strikeouts against 37 walks over 172 innings.