No. 1 Pirates prospect struck out eight over six scoreless innings 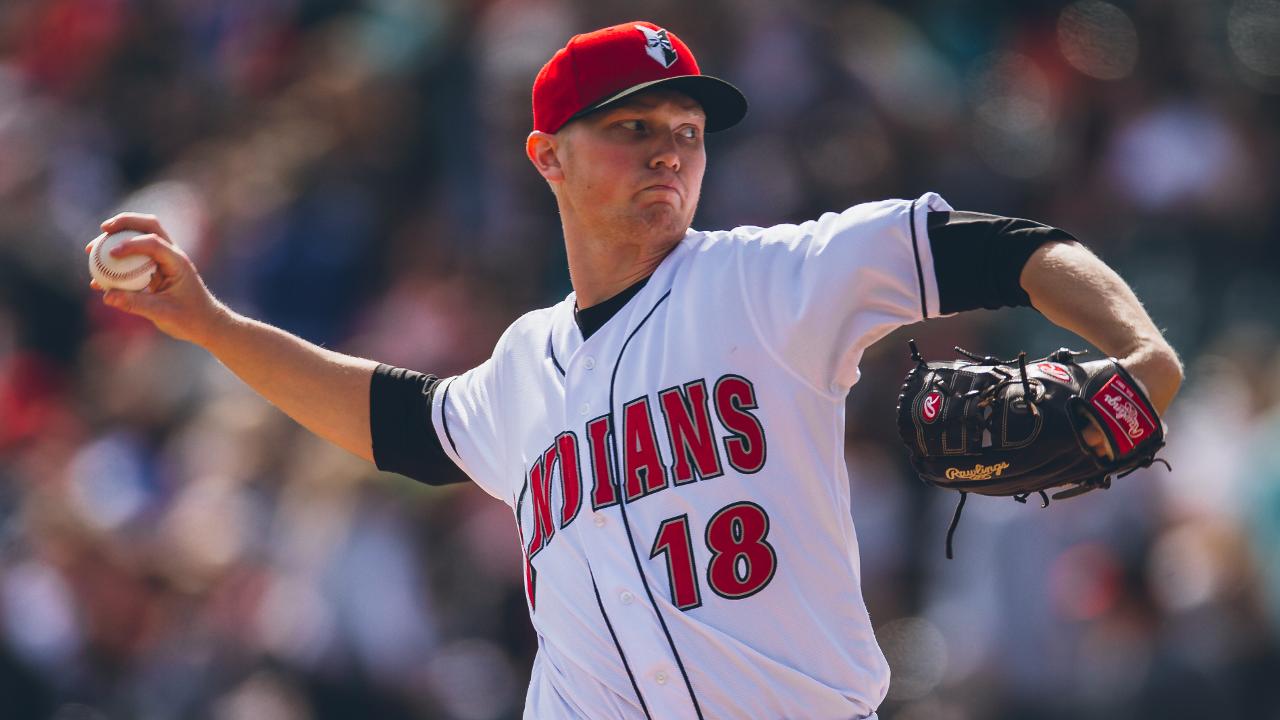 Mitch Keller leads the International League with a 3.07 ERA over 15 starts for Indianapolis. (Dave Wegiel/MiLB.com)

Mitch Keller may have only made one start last week, but it was good enough to place him atop the International League.

The Pirates' top prospect was named Pitcher of the Week from July 8-14 after striking out eight batters over six scoreless frames last Thursday against Columbus, yielding just two hits and three walks. It's the fifth time he's received a weekly honor in his career and the second time this season after getting the IL nod at the end of April as well.

Keller's sterling showing came on the heels of possibly his worst performance of the year. Back on Independence Day, he was pegged for nine hits and a walk across 5 2/3 innings against Toledo, surrendering a season-high six runs.

• View the Offensive Players of the Week winners »

His follow-up against the Clippers began in a similarly rough fashion. Cleveland's No. 22 prospect Daniel Johnson led off with a double to center field, and No. 11 Yu Chang drew a walk the next at-bat to prompt a mound visit. Whatever Keller was told worked, though, as he quickly got Ryan Flaherty to hit into a fielder's choice and Trayce Thompson to bounce a double-play ball to Erik Gonzalez to escape the inning unscathed.

Indianapolis manager Brian Esposito was proud of the way Keller was able to navigate through that early trouble, fueled by his ability to efficiently execute the right pitches at the right times. That's something he says he was able to glean from the three starts he's made with Pittsburgh in the Majors this year and has been key to his overall success this season.

"He was able to recognize, 'OK, I need to get back in the saddle and execution needs to be on the forefront of what I do. I can no longer just throw a 95 to a 97 mph fastball by somebody at the top of the zone in that gap of mid-thigh-and-up -- that's not going to cut it at any level,'" Esposito said. "So he was able to buckle himself back down after that double and then really get to work."

Keller was excellent the rest of the way, facing three over the minimum across his final five frames. MLB.com's No. 17 overall prospect gave up a walk to Eric Stamets and a single to Johnson in the third, and issued another walk to Chang in the sixth before getting Flaherty and Thompson out again to cap his scoreless outing.

"He [put] himself back in the driver's seat with that execution in mind, and then he was just able to roll from there," Esposito said.

Excluding the bumpy July 4 performance, Keller holds a 1.37 ERA with 34 strikeouts since the start of June. He made two Major League starts for Pittsburgh during that time, giving up eight runs over eight innings. Overall this season in the Minors, he sports an International League-best 3.07 ERA with 96 strikeouts over 82 innings.

As Keller heads down the stretch in the second half, Esposito says the key to continuing the success he's displayed thus far will be the same as it was escaping trouble against Columbus: maintaining that mentality of knowing how to execute and get the best out of each of his pitches. He's been able to do that to this point, leading his skipper to believe that he might not be under his guidance much longer.

"His stuff is just taking off," he said. "It's just picking up, and he's starting to establish himself as a premium Major League starter down the road."

Below is the complete list of Minor League Pitchers of the Week for July 8-14: