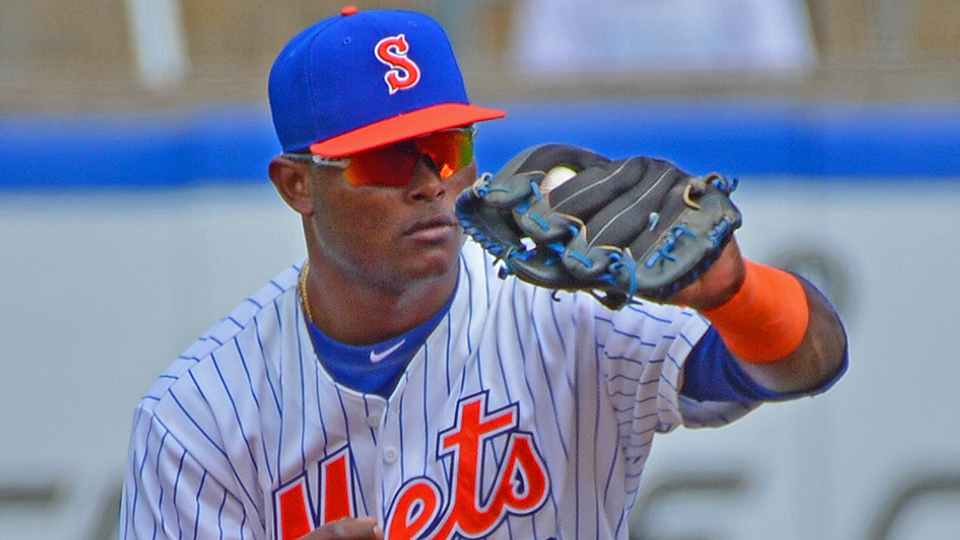 Fridays are for milestones for Triple-A Syracuse.

A week after Travis Taijeron hit for the cycle, the Mets turned their first triple play since 2012.

The gem came in the fourth inning of the Met's 3-1 victory over Scranton/Wilkes-Barre at PNC Field.

Syracuse starter Chris Flexen opened the frame by issuing back-to-back walks to Breyvic Valera and Mike Ford. On a 1-2 pitch, Mike Tauchman hit a liner to first baseman Dilson Herrera, who caught it and beat Valera back to the bag to double up him. Herrera took three strides toward the dugout, apparently thinking the inning was over, so Ford took off for third. But Ruben Tejada was there to tag him out and complete the triple play.

It was Syracuse's first triple killing since July 22, 2012, when second baseman Seth Bynum caught a liner off the bat of Norfolk's L.J. Hoes that deflected off the leg of pitcher Erik Arnesen. Bynum threw to second to double up Joe Mahoney and shortstop Josh Johnson fired to first baseman Carlos Rivero to get Ronny Paulino.

Last Friday, Taijeron ended Syracuse's 32-year-old cycle drought when he accomplished the feat in a 13-4 romp over Pawtucket at McCoy Stadium.