Players were recognized in a pregame ceremony at Sun Trust Park on Sept. 8 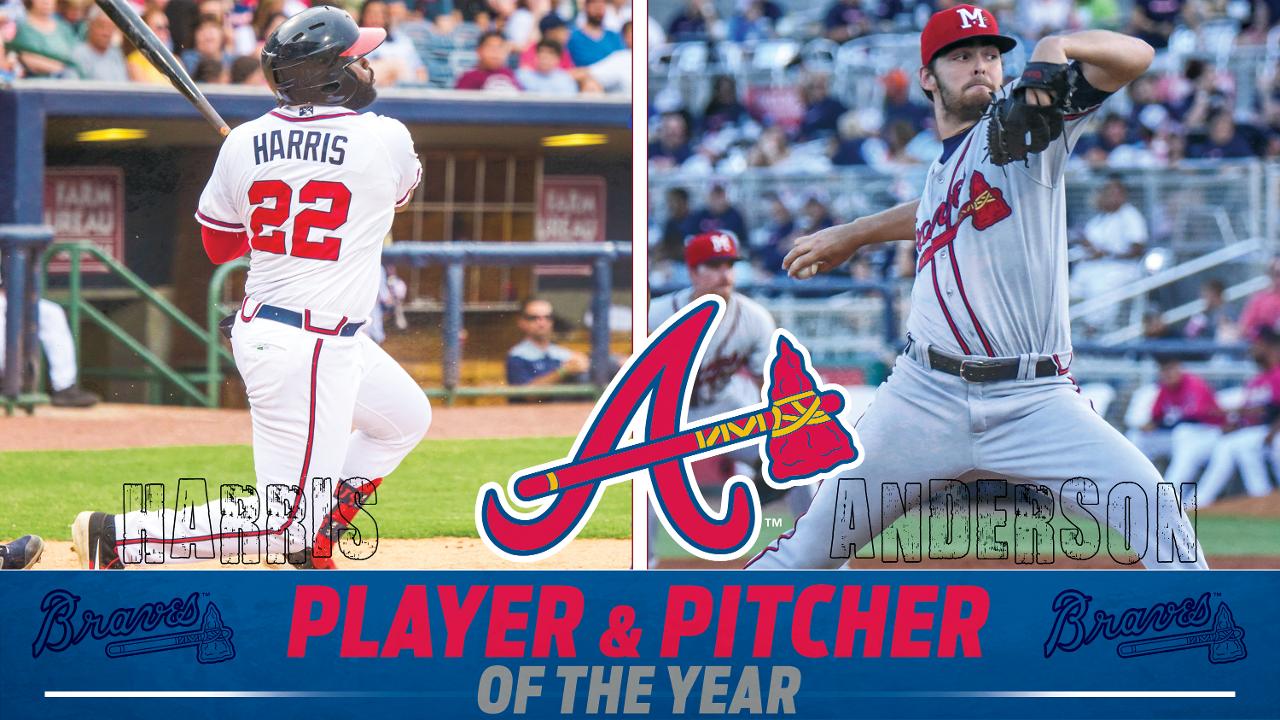 PEARL - The Atlanta Braves announced that OF Trey Harris and RHP Ian Anderson have been named its 2019 Minor League Player and Pitcher of the Year. Atlanta also awarded a top position player and pitcher with each of its seven affiliates. All honorees were recognized in an on-field ceremony prior to Sunday's game against Washington at Sun Trust Park.

Over his final six M-Braves starts beginning with the combined no-hitter on June 28, Anderson went 2-0 with a league-best 1.39 ERA (5 ER/32.1 IP), six walks, 48 strikeouts, .185 BAA and 0.87 WHIP. Anderson set a new career-high with 14 strikeouts on June 28 vs. Jackson. The Atlanta Braves first-round pick (3rd overall) in 2016, posted an 11.4 SO/9 IP ratio. Anderson finished tied for fourth place in all MiLB with 172 strikeouts. Anderson finished third in the Southern League with 147 strikeouts on the season.

MLB.com currently ranks both Anderson (No. 3) and Harris (No. 18) as two of the best prospects in Atlanta's system.

Outfielders Cristian Pache  and Drew Waters and pitchers Anderson and Tucker Davidson  shared Mississippi Braves Player of the Year awards. All four began the year with Mississippi and got promoted to Triple-A together on Aug. 5. Pache, MLB.com's current overall No. 10 prospect, had 47 extra-base hits in 104 games with the M-Braves, including a career-most 11 home runs. Waters, 20, was the Southern League Most Valuable Player, becoming the youngest player to win the award in 14 years. He set a single-season franchise record by hitting .319 (134-for-420), winning the league's batting title. Davidson had a 2.03 ERA (25 ER/110.2 IP) in 21 Double-A starts.