Kingham goes the distance in Sunday's 9-2 win over Lookouts 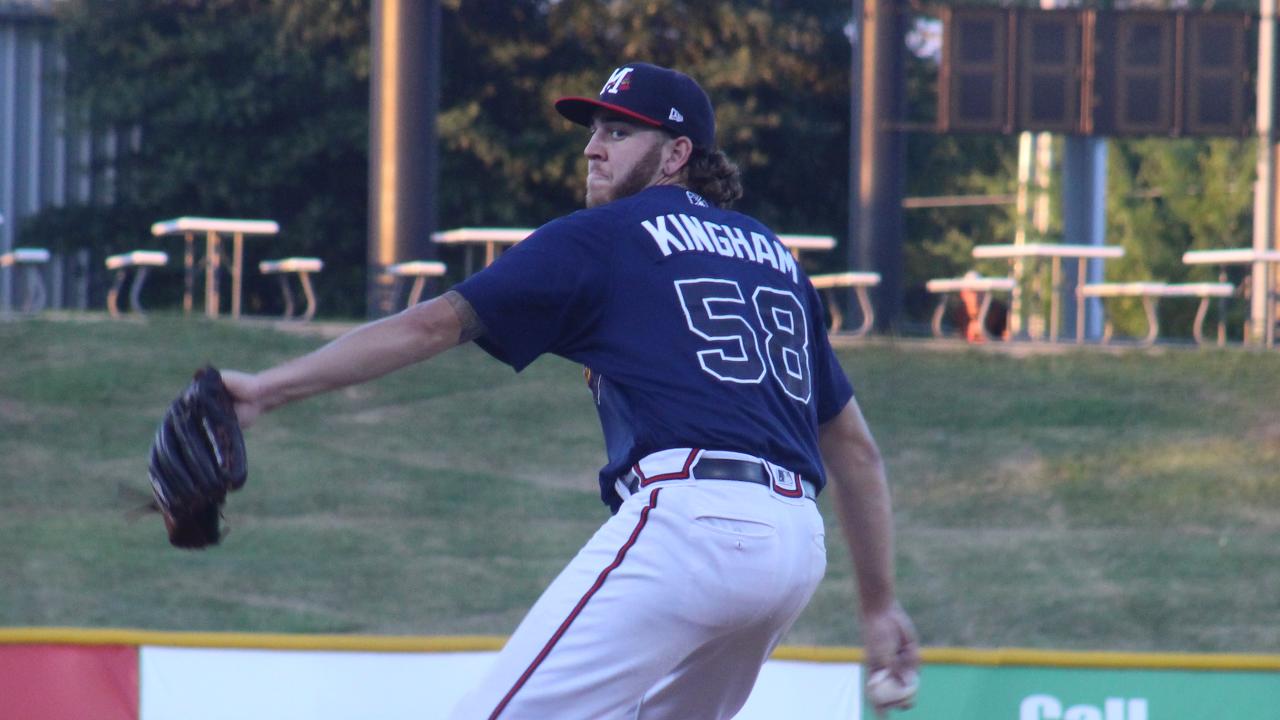 Kingham's 96-pitch effort gives him a Minor League-best four nine-inning complete games this season. The 22-year-old from Las Vegas had three complete-game shutouts while pitching for the High-A Florida FireFrogs this season, which is also tops in all of MiLB. The last M-Brave to go the distance over nine innings was Jake Brigham  on June 4, 2015 vs. Jackson (TN).  The former Texas Longhorn retired the first eight batters of the game before issuing a walk to Lookouts pitcher Wendolyn Bautista in the third inning. He retired 17 of 18 before yielding an infield hit to Michael O'Neill in the sixth inning, breaking up the no-hit bid.  The M-Braves offense provided plenty of run support for Kingham and handed him a 2-0 lead after the first inning. Ryan Casteel  jumped back into second place in the league by himself with his 72nd RBI of the season on a single that scored Braden Shewmake. Trey Harris  scored the second run on an E6 off the bat of William Contreras .  Mississippi sent nine to the plate in the third and fourth innings to extend the lead out to 9-0. Harris hit an RBI double - Conteras added an RBI single and Riley Unroe capped the four-run frame with a two-run single. Casteel ended the day with 73 RBI. Unroe upped his hitting streak to six games on Sunday and was 1-for-3 with two walks and three RBI. The Braves brought home three more runs in the fourth inning with Casteel and Alejandro Salazar  producing sacrifice flies and Unroe drawing a bases-loaded walk. Chattanooga used three pitchers to get through those two innings.  Kingham lost the shutout bid in the seventh inning when Brantley Bell hit a two-run double down the left-field line to make it 9-2. Kingham allowed just two runs on four hits over 9.0 innings with two walks and three strikeouts in his 27th and final start of the season. Overall this season, Kingham ranks second in Minor League Baseball, just 1/3 behind the overall leader, in innings pitched at 165.1 with Rome, Florida and Mississippi.  Contreras netted his second-straight multi-hit game on Sunday and went 2-for-5 with two runs and an RBI. Lien extended his hitting streak to five games by going 1-for-4 with two runs and a walk. Kingham helped his cause at the plate by drawing four walks from Lookouts pitchers. The four free passes are the most by an M-Braves player this season, one shy of the overall club record.  The 2019 season concludes on Labor Day Monday at Trustmark Park with a matinee contest. RHP Claudio Custodio  (5-4, 2.66) makes the start for Mississippi against Pensacola LHP Reiver Sanmartin (2-7, 4.68) First pitch is set for 1:05 pm with coverage beginning at 12:50 pm on 103.9 WYAB, TuneIn Radio, First Pitch App. and MiLB.tv (subscription required).  Monday's Promotions: Labor Day Matinee - The season concludes with a 1:05 pm Monday matinee at Trustmark Park. SportClips Military Monday - All members and veterans of all branches of the U.S. Military receive FREE Field Level or General Admission tickets when presenting a valid I.D. One random fan, representing the military, will receive a SportClips Prize pack. All members and veterans of all branches of the U.S. Military receive $5 tickets to all other games with I.D. Mustard Monday - Free samples of mustards from around the world. Mustard games for kids!