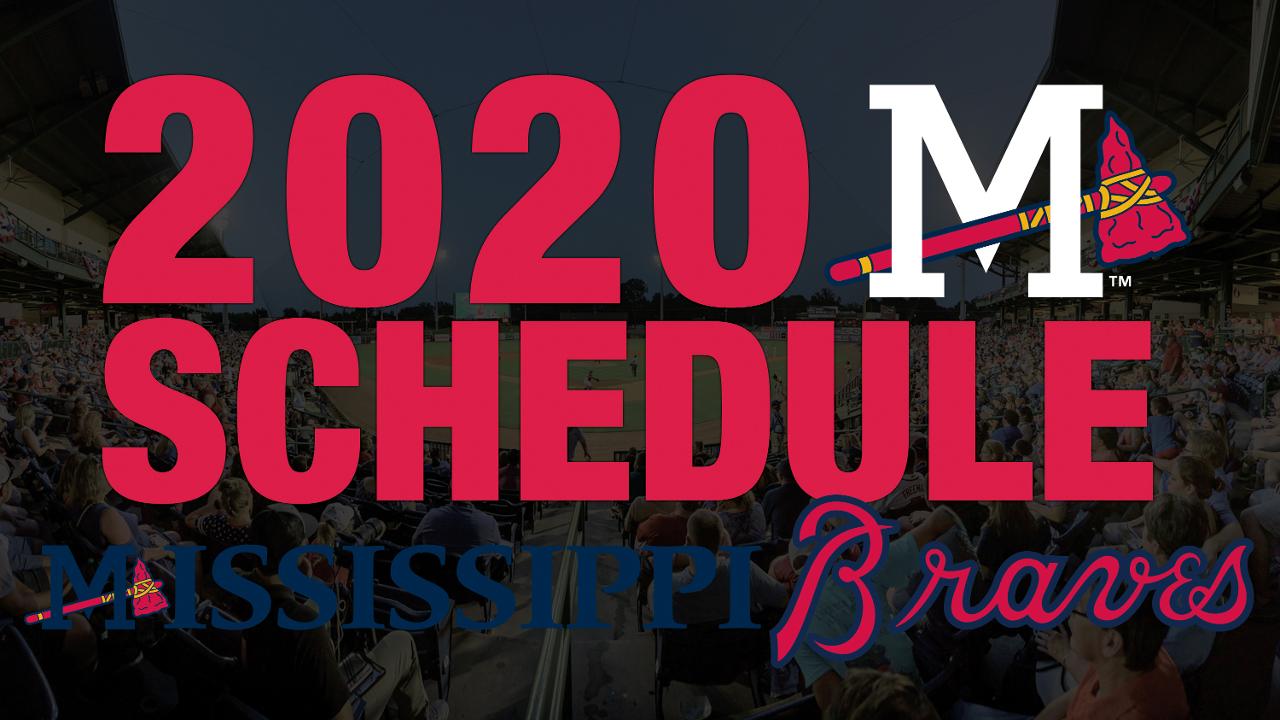 PEARL, MS - The Mississippi Braves, in conjunction with the Southern League, announced the schedule for the 2020 season on Friday.
VIEW 2020 SCHEDULE CALENDAR

The M-Braves will open the 2020 season and 16th season at Trustmark Park with a five-game homestand against the Jacksonville Jumbo Shrimp, April 9-13. Opening Night will be Thursday, April 9 against Jacksonville. This marks the 12th time in 16 seasons that Mississippi has opened the season at home and 11th time in 13 seasons. Mississippi will conclude the 2020 season on the road against the Tennessee Smokies, September 3-7.

The schedule features 140 total games with 70 to be played at Trustmark Park. The M-Braves will once again be home on the Fourth of July, hosting a six-game series against the Montgomery Biscuits, July 4-9. The schedule includes 15 home games in April, ten in May, 15 in June, 15 in July, 14 in August and one game in September. The M-Braves will be at home for a total of 11 Thursdays, Fridays, Saturdays and Sundays next season.

The first M-Braves road trip will open the new ballpark in Madison, Alabama and be the first road opponent for the Rocket City Trash Pandas, April 15-19. The series will mark the first trip to North Alabama since the Huntsville Stars relocated to Biloxi after the 2014 season. Rocket City will make two trips to Trustmark Park, June 25-29, and July 27-31.

With the addition of Rocket City to the North Division, Montgomery slides to the South Division for the 2020 season. The M-Braves will face division rival Pensacola the most next season, seeing the Blue Wahoos 25 total times. The Braves will face in-state rival Biloxi 19 times, Jacksonville 19 times and Montgomery 22 times. The schedule sets up where Mississippi takes on the North Division for 55 games and South Division teams for 85 games.

Game times and promotions for the 2020 season will be announced at a later date.

Season tickets for the 2020 season are on sale now as well as tickets for the remaining 15 home dates during the 2019 season. Tickets may be purchased at the Trustmark Park box office, mississippibraves.com or by phone at 888-BRAVES4.